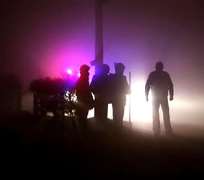 One of hundreds of attacks reported in New Delhi each year, the gang rape and murder of a medical student caught Indian authorities and political parties flat-footed, slow to see that the assault on a private bus had come to symbolize an epidemic of crime against women.

In the moments before the December 16 attack, the 23-year-old woman from India's urban middle class, who had recently qualified as a trainee physiotherapist in a private Delhi hospital, and her male friend, a software engineer, were walking home from a cinema at a shopping mall in south Delhi, according to a police reconstruction of events.

A bus, part of a fleet of privately owned vehicles used as public transport across the city of 16 million, and known as India's "rape capital", was at the same time heading toward them. Earlier that day, it had ferried school students but was now empty except for five men and a teenage boy, including its crew, police said. Most of the men were from the city's slums.

One of the six - all now charged with murder - lured the couple onto the bus, promising to drop the woman home, police have said, quoting from an initial statement that she gave from her hospital bed before her condition deteriorated rapidly.

A few minutes into the ride, her friend, 28, grew suspicious when the bus deviated from the supposed route and the men locked the door, according to her statement. They then taunted her for being out with a man late at night, prompting the friend to intervene and provoking an initial scuffle.

The attackers then beat him with a metal rod, knocking him unconscious, before turning on the woman who had tried to come to his defense. Police say the men admitted after their arrest to torturing and raping the student "to teach her a lesson".

At one point, the bus driver gave the wheel to another of the accused and dragged the woman by the neck to the back of the vehicle and forced himself upon her. The other five then took turns raping her and also driving the bus, keeping it circling through the busy streets of India's capital city, police said.

The woman was raped for nearly an hour before the men pushed a metal rod inside her, severely damaging her internal organs, and then dumped both her and her friend on the roadside, 8 km (5 miles) from where they had boarded it, police said.

Robbed of their clothes and belongings, they were found half naked, bleeding and unconscious later that night by a passerby, who alerted the police.

Last year, a rape was reported on average every 20 minutes in India. Just 26 percent of the cases resulted in convictions, according to the National Crime Records Bureau, which registered 24,206 rapes in 2011, up from 22,141 the previous year.

At first, authorities treated the assault on the medical student as one crime among many, and they were not prepared for the furious public reaction that led to running battles between protesters and police near the heart of government in New Delhi.

FAMILY ROLE MODEL
The woman, whose identity has been withheld by police, gave her statement to a sub-divisional magistrate on December 21 in the intensive care unit of Delhi's Safdarjung Hospital, according to media reports. She was undergoing multiple surgical procedures and her condition later began to rapidly worsen.

Ten days after the attack and still in a critical condition, she was flown to Singapore for specialist treatment. She died in Singapore's Mount Elizabeth Hospital two days later. Her body was flown back to Delhi and cremated there on Sunday in a private ceremony.

Family members who had accompanied her to Singapore declined to speak to reporters, but relatives told the Times of India newspaper she had been a role model to her two younger brothers.

Unlike most traditional Indian families who only send their sons to fee-paying colleges or universities, her parents pinned their hopes on the daughter and took loans to fund her studies.

She was born and brought up in a middle class Delhi neighborhood after her family moved to the city more than 20 years ago from the northern state of Uttar Pradesh.

Her male friend recorded his statement to a court days after the attack and helped police identify the six accused. He left for his hometown in Uttar Pradesh late on Saturday, missing the woman's funeral, media reported.

SHAME, ANGER IN SLUM
Four of the accused, all in custody, live in the narrow by-lanes of Ravi Das Camp, a slum about 17 km (11 miles) from the woman's home in southwest Delhi. Inside the slum - home to some 1,200 people who eke out a meager living as rickshaw pullers and tea hawkers - many demanded the death penalty for the accused.

"The incident has really shocked all of us. I don't know how I will get my children admitted to a school. The incident has earned a bad name to this place," said Pooja Kumari, a neighbor of one of the accused.

Girija Shankar, a student, said: "Our heads hang in shame because of the brutal act of these men. They must reap what they have sown."

The house of one of the accused was locked, with neighbors saying his family had left the city to escape the shame and anger. Meena, a 45-year-old neighbor, said she had wanted to join the protests that followed the rape, but was too scared.

"You never know when a mob may attack this slum and attack our houses. But we want to say we're as angry as the entire nation. We want them to be hanged," she said.

Two of the six alleged assailants come from outside Delhi, according to police. One is married with children and was arrested in his native village in Bihar state and the other, a juvenile, is a runaway from a broken home in Uttar Pradesh.

In India, murder is punishable by death by hanging, except in the case of offenders aged below 18.