Nigerian Tertiary Education In Perspective: Can 2013 Provide A Glimmer Of Hope? 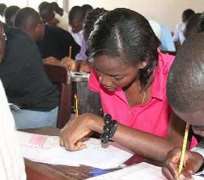 As the year draws to an end and a new one lurks in the corner,Nigerians, have commenced the now perfunctory ritual of assessing and analyzing the performance of the government in the outgoing year. While the jury is still out on that count,a cursory glance through the nation’s various media organs may give an inkling into what the verdict will eventually be. There is a near consensus that government could have done better in various aspects of our national life and development.

However, in the midst of all these sad stories is a tiny glimmer that there may yet be hope for our country in 2013. This unexpected ray of light is in the education sector, tertiary education to be precise. While most skeptics will want to give lie to this assertion and validly so, given the not so convincing performance of the Jonathan administration in the education sector , this optimism arose from another incident that occurred during the early months of the outgoing year. The ASUU had proceeded on indefinite strike after several warnings to Government to honour and implement the terms of agreement it reached with her in 2007. In breaking the deadlock the GEJ administration decided to take a holistic look at the problems of Tertiary education in Nigeria starting with the Universities.

The Government may have been spurred on to take this action owing to the issues that emerged during the negotiations with ASUU but more disturbing is the obvious fact that Nigerian Universities were merely living on borrowed time afforded them by the interventions of the TETFUND ,a Government interventionist agency set up to help stymie the  rot in that sector. The TETFUND which had also undergone a radical surgery in its operational mode in the last five years was essentially the only tool being used by the government to confront the challenges in that sector. Granted that the TETFUND discharged its interventionist duties effectively and efficiently it was quite clear that was not adequate to completely turn the nation’s ivory towers into world class institutions.The dire straights that the Universities were in was further accentuated by the absence of any Nigerian University in the  2011 Webometric  Ranking of Universities, which measures web presence and content. This  Ranking did not mention a single Nigerian university until after 1,600 other mentions, the QS World University Ranking, which concentrates on programme and instructional content, did not mention a Nigerian University at all.

Realizing the place of Universities in training the management workforce that would propel the nation's development engine, the administration set up a Committee on Needs Assessment of Nigeria’s Public Universities(CNANU) and appointed then Executive Secretary of TETFUND Prof Mahmood Yakubu  as its Chairman. The choice of Prof. Mahmood  must have been deliberate given the intimidating achievements of the TETFUND  in that sector under his watch. Prior to his assumpition of office as Executive Secretary of TETFUND, no Nigerian University was in the list of 100 ranked Universities in Africa for several principal reasons including virtually no resources for research, decay and dearth of infrastructure etc.

The TETFUND following the amendment of the old ETF Act ensured that enhanced funding was available for designated intervention projects in all beneficiary institutions within the mandate of the Fund. This stride culminated in 6  Nigerian Universities for the first time breaking into the top 100 ranked Universities in Africa. The high point of the TETFUND ‘s achievement during this  period was the provision of  funds   for research, library development, academic staff training and development, publications of journals, book development, infrastructural development including rehabilitation and renovation, entrepreneurship development,etc in public tertiary institutions within the mandate of TETFUND.

The TETFUND also ensured that the beautiful architectural masterpieces which Nigerian students studying abroad were accustomed to were provided in beneficiary tertiary institutions thereby creating the  ambience necessary for conducive teaching, learning and research.

Saheed sent this piece from Abuja