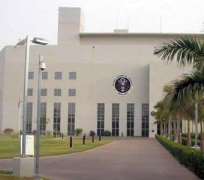 SAN FRANCIASCO, December 26, (THEWILL) – The United States Department of State (USDOS) has again warned Americans of the risks of travelling to and within Nigeria during the Christmas and New Year holidays.

USDOS particularly warned against travels to Bayelsa, Delta, Edo, Palteau, Gombe, Yobe, Kaduna, Bauchi, Borno and Kano States “ because of the risk of kidnappings, armed robberies and other armed attacks.”

The USDOS also warned against travel to Gulf of Guinea because of pirates.

In a statement posted on its website, the department said it has banned US officials from travelling to all states in Northern Nigeria as part of safety and security measures.

Part of the USDOS statement reads, “The Department of State warns U.S. citizens of the risks of travel to Nigeria, particularly during the holiday season, and continues to recommend that U.S. citizens avoid all but essential travel to the following states because of the risk of kidnappings, robberies, and other armed attacks: Bayelsa, Delta, Edo, Plateau, Gombe, Yobe, Kaduna, Bauchi, Borno, and Kano states.

The Department also warns against travel to the Gulf of Guinea because of the threat of piracy. Based on safety and security risk assessments, the Embassy has placed further restrictions for travel by U.S. officials to all northern Nigerian states (in addition to those listed above); officials must receive advance clearance by the U.S. Mission for travel as being mission-essential. U.S. citizens should be aware that, in light of the continuing violence, extremists may expand their operations beyond northern Nigeria to the country's middle and southern states. This Travel Warning replaces the Travel Warning for Nigeria dated June 21, 2012.

On October 1, 2012, more than 50 students were killed in attacks in Adamawa State. Several drinking establishments were attacked in Bauchi, Taraba, and Kaduna in September and October 2012. Churches were targeted in Bauchi, Kaduna, and Kogi in July and August 2012. There were also attacks against police stations and markets in Sokoto in July 2012. From July 6 to 8, sectarian violence claimed over 100 lives in the Jos metropolitan area and villages in Plateau State. In July, an Improvised Explosive Device (IED) exploded in the parking lot of an Abuja shopping center, and in June, an IED exploded outside a nightclub in Abuja. The June 17, 2012, attacks on three churches in the state of Kaduna led to violence throughout the state.

At least 10 people were killed and an additional 78 injured in the ensuing riots, as groups barricaded roads, burned mosques, and used machetes to attack and kill. In response to the violence, the Kaduna state government imposed a 24-hour curfew and deployed additional security forces to restore peace; however, violence between Christians and Muslims continued throughout the week. In April, assailants attacked Theatre Hall at Bayero University, Kano, with IEDs and weapons. Also in April, VBIEDs simultaneously exploded at the offices of "This Day" newspaper in Abuja and Kaduna.

In December 2011, the President of Nigeria declared a state of emergency in 15 local government areas in the states of Borno, Niger, Plateau, and Yobe.

This State of Emergency remains in effect, although with modification in some areas. According to the Government of Nigeria, the declaration of a state of emergency gives the government sweeping powers to search and arrest without warrants. Several states in the north are under various curfews, which change frequently. All U.S. citizens should remain aware of current situations including curfews, travel restrictions, and states of emergency in the areas they are in or plan to visit. This information is commonly announced via the news media, but at times it can change with very little notice. Please take the time to find out this information for your area.

Boko Haram also claimed credit for the June 2011 bombing of the Nigerian Police Headquarters building and the August 2011 suicide bombing at the United Nations building, both in Abuja.

Kidnappings continue to be a security concern that exists throughout the country. In the first six months of 2012, five foreign nationals, including two U.S. citizens, were kidnapped in Kwara, Imo, Enugu, Delta, and Kano states. Criminals or militants have abducted foreign nationals, including U.S. citizens from offshore and land-based oil facilities, residential compounds, and public roadways. Nine foreign nationals have died in connection with these abductions, including three who were killed by their captors during military-led raids. Local authorities and expatriate businesses operating in Nigeria assert that the number of kidnapping incidents throughout Nigeria is underreported.

U.S. citizens, as well as Nigerians and other expatriates, have been victims of armed robbery at banks and grocery stores and on airport roads during both daylight and evening hours. Law enforcement authorities usually respond slowly or not at all and provide little or no investigative support to victims. U.S. citizens, Nigerians, and other expatriates have experienced harassment and shakedowns at checkpoints and during encounters with Nigerian law enforcement officials.

Traveling outside of major cities after dark is not recommended because of both crime and road safety concerns. Attacks by pirates off the coast of Nigeria in the Gulf of Guinea have increased in recent years. Armed gangs have boarded both commercial and private vessels to rob travelers. The Nigerian Navy has limited capacity to respond to criminal acts at sea.

The situation in the country remains fluid and unpredictable. The U.S. Department of State strongly urges U.S. citizens in Nigeria to consider their own personal security and to keep personal safety in the forefront of their planning…”