Court grants bail to Ibru others, bars them from traveling abroad 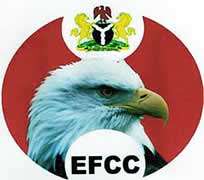 Justice Dan Abutu of Federal High Court in Lagos has on Monday (14th of Sept) granted bail to 6 out of 15 accused persons in the bank debt case to the sum of N100 million, two sureties each with landed properties in high brow areas of Ikoyi, Lagos or Maitama in Abuja. Those granted bails are, Bartholomew Ebong, Mr. Sebastian Adigwe, Cecelia Ibru, Henry Onyemem, Niyi Okeodo and Peter Ololo of Falcon Securities.

Also in the ruling, those granted bail are barred from travelling abroad until the conclusion of their trials by the anti graft body (EFCC) are conclusively resolved. Their sureties must also be a serving or retired Senator, Governor or Chairman of a financial institution or Oil Company. Further hearing on the matter has been adjourned to November 23 and 24, while ruling on the rest of the bail applications continue tomorrow, 15th of September 2009, those concerned are the Chairman of Intercontinental Bank Plc and Mr. Okey Nwosu of FinBank Plc.

The embattled former bank executives secured their bail after about a month in detention. Justice Abutu delivered the ruling on their bail application after series of adjournments. The judge agreed with the defense counsel that bail is the right of the accused person since they are still presumed innocent until the contrary is proven. Justice Abutu stated further that there is nothing before the court to suggest that the accused persons would interfere with the trial or jump bail. Based on that premise he released the accused on bail.

Moreover, a press release was made available to the public by the EFCC Head of Media and Publicity, Mr. Femi Babafemi, in order give room for clarity and to set the record straight. The statement stated:

''This restriction order was contained in a ruling given on Monday on their bail applications. Others affected by the order are managing director of Falcon Securities Limited, Mr Peter Ololo and Messrs Henry Onyemem and Niyi Albert Opeodu, both former directors of Union Bank plc.

''Justice Dan Abutu, in admitting them to bail, ruled that they must present a surety each in the sum of N100million. The surety must be a Nigerian and must either be a serving Senator or chairman or director of a financial services company with an asset base of not less than N1billion as at the 2008 annual report of the company or Speaker of a state's House of Assembly or Deputy Speaker of a state's House of Assembly. The surety must present evidence of ownership of a landed property in Ikoyi, Victoria Island or Lekki and such evidence must be verified by the EFCC. He also ruled that each of the suspects now granted bail must be reporting to the Abuja corporate headquarters of the EFCC on the first working day of each month.

''Justice Abutu explained that the suspects were granted bail because the offences for which they were arraigned by the EFCC are bailable. He also said that there was no evidence to prove that they would impede the investigations of the charges preferred against them, “Since the EFCC had concluded investigations on their cases”. Counsel to the EFCC, Godwin Obla, leading seven other counsels, informed the court of the readiness of the Commission to proceed on the trial of the suspects. He, therefore, demanded an early date for the commencement of the trial. The request was granted and the Judge fixed November 25, 2009 to this effect.

''It would be recalled that 16 suspects, comprising 15 individuals and one firm: Falcon Securities Limited were arraigned before the court on Monday August 31, 2009. The bank chiefs were held in connection with severe trouble in five banks, necessitating the sack of their managing directors and executive directors by the Central Bank of Nigeria, CBN. The EFCC has been making frantic efforts to recover loans amounting to N747billion granted various individuals and organizations by the five banks.

''Till date, the Commission had recovered more than N70billion from loan defaulters who were initially given seven days within which to repay their loans to the banks. The arraignment of the 16 suspects is the biggest single arraignment made by the EFCC since its inception in 2003.'' Babafemi concluded.

Speaking about the ruling Wole Olanipekun (SAN) one of the defence counsel to the accused bank dons: the Judge has demonstrated that we are still in a civilised country, you don't give unattainable condition and I believe the Judge has done well, considering the fact that there are so many applications before him and the time constraint, so he has done well.'' Also another defence counsel, Ricky Tarfa (SAN): ''They have asked our clients not to travel, they have asked them to be reporting to EFCC office etc. There are several other conditions that need to be revised so that they can be sure these are the exact terms which the court has given.''

On the part of the EFCC's lawyer, Rotimi Jacobs, he said: The granting or refusal of bail is at the discretion of the court and the Judge is purely at his discretion to either grant or refuse, and he decides to grant so no grudge at all. It is within the competence of the court to do what it did, another thing is for those granted bail to meet those conditions stipulated by the court under the rule of law which is what EFCC stands for.''

Emmanuel Ajibulu is a Communication Consultant and representative of modernghana.com in Nigeria [email protected] +2348023660770