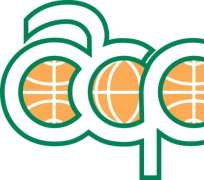 In particular, the outcome document highlighted members' determination to “stay united as a Group” and retain relevance by “enhancing the ACP-EU relationship as a unique North-South development cooperation model, while developing South-South and other partnerships.”

The document lauded the EU's efforts in helping ACP countries achieve the Millennium Development Goals, while urging that the European Development Fund (EDF) remain outside the regular EU budget framework as a mechanism of development financing for the ACP countries. Leaders also expressed concern over the notion of differentiation and graduation in allocating development funds, calling on the EU to keep to the legal framework of the Cotonou Agreement.

On trade, ACP leaders emphasized “development-friendly” Economic Partnership Agreements (EPAs) between ACP countries and the EU, insisting on coherence between European development and trade policies. Taking a stand against proposed amendments to Market Access Regulation 1528/2007 as well as the Generalised System Preferences (GSP), leaders appealed for a “joint ACP-EU high level political engagement” to be convened to resolve pending issues.

Looking towards the future of the 79-member Group, ACPHeads of State noted the need to shape a more dynamic and innovative ACP Group to engage with the EU in the third five-year review of the Cotonou Partnership Agreement in 2015. They welcomed plans to set up an Eminent Persons' Group to revive the vision, mission and response of the ACP Group to global challenges.

Participants at the Seventh Summit reaffirmed their solidarity as the collective voice of the 79-member intergovernmental body, representing a population of 930 million people. As the new republic of South Sudan joins the organisation, membership will expand to 80 nations.

Distributed by the African Press organization on behalf of the African, Caribbean and Pacific Group of States (ACP Group).