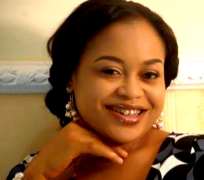 In a statement released through the state Commissioner for Information and Strategy, Mr. Chinedu Offor, the state government announced a substantial reward to anyone with useful information about the whereabouts of the abducted actress.

“The Government of Imo State is aware of the kidnap of the Special Assistant on Public Affairs, Nkiru Sylvanus. All security agencies in the state are doing everything possible to get her back safely.

“The kidnappers have made contact with certain government officials. Government will offer a substantial reward to anyone with useful information about her whereabouts" the statement reads.

The kidnappers reportedly demanded that a ransom of N100million be paid to them before Nkiru could be released. She was abducted on Sunday morning few days after the release of Dr Ngozi Okonjo Iweala's mother, Prof Okonjo.