Sanusi: We Didn’t Go To UK To Sell 5 Banks 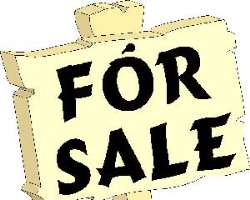 By Kunle Aderinokun, Abuja
Central Bank of Nigeria (CBN) Governor Sanusi Lamido Sanusi yesterday said last week's trip of CBN officials to the United Kingdom to explain the new banking reforms in the country to the international community was not designed to advertise the five banks, whose managements were sacked, for sale to international investors.

The CBN governor offered to resign if fundamental errors were discovered in respect of his decision on any of the first audited five banks and the others that are also being audited.

He made these known while fielding questions from correspondents after a meeting of the Monetary Policy Committee (MPC) in Abuja.

Sanusi was responding to speculations in some quarters that he was getting ready to sell the five banks whose managements were axed over their huge bad loans to foreign investors.

The apex bank had then injected a N420-billion lifeline into the banks.

On Monday, four of the five bank chiefs namely Ibru, Adigwe, Nwosu and Ebong were arraigned in Lagos while Akingbola remains at large.

Sanusi said the apex bank went to the UK to meet with the correspondent banks of the affected local banks and their creditors with a view to assuring them of the safety of the banks.

“The primary purpose of that is to tell the good news about the Nigerian economy and to situate our action against the general process of guaranteeing financial stability.

“Once these banks are stabilised and it is time for things to move on, our preference is for these banks to have a core investor that will run them professionally and put in place a governance structure and system that will ensure that we do not have a recurrence of what happened before. This core investor could either be foreign or local.”

He also said CBN did not require approval of the National Assembly to grant N420 billion lifeline to five banks that were discovered to be undercapitalised.

The House of Representatives Committee on Drugs, Narcotics and Financial Crimes had faulted “unilateral decision of the Central Bank of Nigeria (CBN)” to inject funds into the affected five banks and demanded that the funds be withdrawn until it is duly appropriated by the National Assembly.

The committee had claimed Sanusi breached provisions of the 1999 Constitution that empowers the National Assembly to appropriate expenditure for all Ministries, Departments and Agencies (MDAs) of the Federal Government.

But Sanusi said that the CBN Act gave it absolute control to supply money, which it did by lending the ailing five banks the much-needed funds to shore up their assets and stay afloat.

He also explained that the N420 billion was not meant for the bailout of the banks or equity but a convertible loan, which they will pay back after a long period of time.

“On the issue of appropriation, what have we done as a central bank? We created money. The technical term is that we created an asset on the balance sheet but all that we have done is to increase money supply and we also lent money to the banks because it's a convertible loan; it's not equity. The CBN Act gave us absolute control over the supply of money, we do not need an appropriation,” he said.

He noted that prior to the injection of the N420 billion, the CBN had been giving the five banks and other banks “this money in the expanded discount window.”

He said what the CBN had done “is that we say, take this money for a longer term, don't bother on paying us now, keep the money, focus on meeting your obligations to creditors and depositors. So you don't have to keep paying us back because if we had checked this exposure, I have no doubt in my mind that they would not have been able to pay us back and that would have thrown them into crisis”.

On the reserves, Sanusi said the monetary policy committee believed that “the recent improvement in the output of oil and the price of crude oil in international markets should help improve the external reserves position towards the end of the year”.

He said that generally the foreign exchange market had been relatively stable with the re-introduction of the wholesale Dutch Auction System and measures taken to further liberalise the inter-bank market since the last meeting of the MPC.

Sanusi said the MPC had decided to keep the Monetary Policy Rate (MPR) uncha-nged at six per cent per annum and maintain the interest rate corridor at +/- two per cent around the MPR.

In addition, he said the MPC had approved in principle the establishment of an “Asset Purchase Fund”.

According to him, both the CBN and Federal Ministry of Finance will jointly consider modalities for establishing the APF for “effective liquidity injection and credit easing targeted at specific areas of the economy”.

On the offer to resign in respect of the banking reforms, Sanusi said: “Yes, I will resign if a lot of the decisions we have taken are wrong. But I have no doubt in my mind that the decisions that we have taken are after objective analysis of the fact. We are all human beings. Are we above mistakes? No. If there was a mistake, if there was a fundamental error, as the governor, I will take personal responsibility and if I have to resign, I will resign.

“The fear of making a mistake is what is making people not to do anything. But I have no doubt in my mind that if I see that a bank is heading for failure, I have the responsibility on behalf of the Nigerian people to take whatever action is considered appropriate.”