BEFORE THE COMING AFRICAN STAMPEDE IN MALI 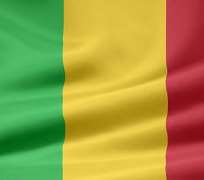 As we await the so-called mandate/resolution from the United Nations about the future developments in Mali, Africa needs to ask some critical questions about the increasing chaos and looming regional wars. How did events in Mali spiral out of proportion? What remedies have the African governments and organizations such as the Economic Countries of West African States (ECOWAS) and the African Union (AU) explored and/or endorsed to seek peace. Whose interests are going to be served if West, Central, and North African states are embroiled in regional conflicts that would mirror the situations in the Congo where Central, Eastern, and Southern African countries have been involved in cyclical violence which has facilitated the fleecing of large amounts of raw materials from Africa?


The last time Mali received such prominence in the international arena was way back when Timbuktu was the citadel of higher education and academics pursuits; when the Moorish people took their knowledge and Science to enlighten Arabia and Europe; and when King Mansa Kankan Musa flooded the global market with Malian gold. But Malians, the link between West and North Africa now finds themselves in the crossroads of African and global affairs with some sprinkling of religion, globalization, and geo-terrorism. The Malian government is so weak that is has virtually ceded major swaps of the country to the Tuareg rebels and Al-Qaeda in the Islamic Maghreb without evidences of sustained armed struggles.


Instead what the world has witnessed in the African Sahara desert are subsets of tactical victories and maneuvers that beg for the answers of the aforesaid questions. Though Mali the land of the Dogon people and Timbuktu Universities has being a tinderbox on some occasions with dictatorship, restive segments, and the much romanticized military coups, the contemporary situation amounts to drastic escalation. After the onset of the Arab/African awakening in Northern Africa that crumbled authoritarian regimes in Tunisia, Egypt, and Libya, few could have imagined how events in Tripoli the heartland of the self-proclaimed African and Arab Kings of Kings-Colonel Gadhafi would have affected Bamako.


However, the fluid situations in Libya were used as the pretext to setup the present conditions in Mali. When NATO and some Arab states were busy flying drones and sorties in North Africa, deals were made with large segments of the Tuareg fighters within the Libyan military to abandon their allegiance to the maverick Gadhafi and gain save passage to the northern tips of Mali into Western Africa. Ironically, when these movements were going on the international corporate media which includes CNN, BBC, and Al Jazeera, was busy reporting the rape and killing of poor Libyans by Black African men in Colonel Gadhafi’s army. It was as though they could only stomach the rape and killings of Libyans by Arab Africans which happened to be the majority of committed atrocities but did not get the sensationalized coverage.


But these melancholy tales with regards to Libya and West Africa is not unique to the contemporary occurrences in Mali that threatens to spill into regional wars. In the late 1980’s the current international war criminal and former president of Liberia Charles McArthur Taylor was hand-selected and mysterious released from the American jails by the CIA and handed to the authorities in Tripoli. Libya was supposed to be under United States sanctions without an official diplomatic relationship. Charles Taylor commenced his training as a guerilla/rebel fighter in Libya and ended up in the Western African forest before unleashing turmoil and wars in Liberia, Sierra Leone, Burkina Faso, and Guinea. Before these interferences in West Africa the Libyans and Gadhafi were already infamous for their incursions into the Central African republic of Chad.


The Libyan connections and forays into other African countries have occurred largely due to the vacuum of leadership and vision within the African continent. Some of these strategies would have been rebuffed were it not for the impotence of the various rulers that have come to dominate Africa and the indolence of organizations like ECOWAS and AU. Our rulers are hesitant to provide concrete solutions to the problems in Mali which mirrors those in their respective countries. For example, political structures built to sustain the interest of a very few, unresponsive governments that pride themselves on going against the wishes of their people, and using the security apparatus to repress the few progressive voices in their various countries.


Rather than offer solutions in Africa to assist regular people, the African Union (AU) and the other regional groups are used as mechanisms to reward African Dictators and their cronies with plump official portfolios. Unlike our leaders of yester years such as Dr. Kwame Nkrumah of Ghana, Mr. Julius Nyerere of Tanzania, Capt. Thomas Sankara of Burkina Faso, President Sekou Toure of Guinea, our present-day rulers are more eager to line their pockets whereas their people suffer and die needlessly. There are no proposals for regional independent election monitoring units that would arrest the scourge of electoral irregularities in Africa. Nor are there efforts to setup regional and African wide courts that would deter the impunity and corruption within Africa by the African elites, their military backers, and their foreign enablers.


Consequently, what we have in Mali are zealous suggestions of war instead of exhaustive attempts to prevent bloodshed and mass suffering. After the Tuareg rebels were granted passage from Libya to West Africa by the so-called international community, Malian military officers that were training by the same international community planned a coup d'état. Their intervention resulted in more acquisition of the country by rebels. For Christ sake Capt. Amadou Sanogo of the Malian army and some of his lieutenants who overthrew President Amadou Toure (who was stepping down for a new president) just months before the elections was training at the International Military Education and Training (IMET).


Subsequently, the quest for the autonomy of the Azawad region morphed into the Al-Qaeda in the Islamic Maghreb with Saudi, Kuwaiti, and Qatari cash infusion. It is worth noting that these countries are also strong pillars of the so-called international community and are very friendly with the US and Western Europe. These are all petroleum exporting countries and there are reports of oil discoveries in Mali and across the Chadian basin that gives traction to the school of thought that the international petrochemical industries are pulling the strings behind the scenes. For instance, Nigeria, Equatorial Guinea, and Chad are basically client states of the international and local petroleum cabals who are plagued by either massive oil corruption and/or dictatorship.


Ironically, the Africa Sahel/Sahara that is bracing for war also holds some keys to the development of solar energies. According to various scientific studies on global warming and renewable energies, Africa and Europe can be kept afloat for centuries with such green energies with simultaneous reductions in carbon emissions. But maybe Africans would come to their senses before embarking on another avoidable war. As a former member/part of the Mali federation, Senegal could offer an African path to quelling these stampedes. In spite of the domestic challenges in Senegal, President Macky Sall could be the conduit to seeking justice and peaceful resolutions to the international community manufactured Malian crisis.