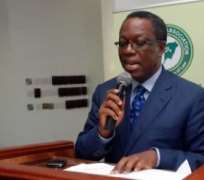 SAN FRANCISCO, December 10, (THEWILL) - The Federal Government has been asked to investigate all allegations of torture, illegal detention and extra judicial killings in the country with a view to punishing all those involved in the heinous crimes.

The Nigerian Bar Association(NBA), which made the call, said extra-judicial executions by the Nigerian security agencies amounted to a disregard of the duty to organise the apparatus of the State in such a manner as to guarantee the rights of Nigerians as recognised in the African Charter . Speaking in Abuja on Monday at a forum to mark the International Human Rights Day, NBA president, Okey Wali, challenged the Federal Government to accept the fact that its agents were indeed involved in illegal detention, torture and summary executions under the guise of fighting Boko Haram.

Maintaining that the country must at all times be a country founded on the rule of law and due process,he advised all security agencies holding persons in their custody to transfer such suspects to the Nigerian Police Force for prosecution.

Wali also urged the Attorney General of the Federation(AGF) to compile the names of all persons in detention over terror- related cases and prosecute them according to the law without denying them their legal rights.

: "We also want to reiterate that Nigeria has an obligation to investigate allegations of extra judicial executions by security agencies. There is nothing shameful about acknowledging mistakes and indiscretions and pledging to make amends.

"Denying cases of extra judicial executions and unlawful detentions in the face of overwhelming evidence can only diminish our prestige and respect in the comity of nations," he explained.

Wali said the country was in a situation of double jeopardy, maintaining that while Boko Haram was going ahead with senseless killings and executions, the security agencies were not helping matters with summary executions, torture and illegal detention without trial.

He accused the State Security Service (SSS) of detaining thousands of Nigerians in the name of fighting terrorism. He stressed that it is a lame excuse to pretend that these categories of persons are being detained in anticipation of an amendment to the Terrorism Act, adding that such an amendment if passed would never take a retrospective effect.

"No provision of the said law or the constitution gives the SSS or the Military or the Police the right to detain suspects ad infinitum. Rather section 35(4) & (5) of the Constitution of the Federal Republic of Nigeria provides that any person arrested or detained upon reasonable suspicion of his having committed a criminal offense shall be brought before a court of law within a reasonable time, and if he is not tried within a period of-

(a) Two months from the date of his arrest or detention in the case of a person who is in custody or is not entitled to bail; or

(b) Three months from the date of his arrest or detention in the case of a person who has been released on bail,

he shall (without prejudice to any further proceedings brought against him) be released either unconditionally or upon such conditions that are reasonably necessary to ensure that he appears for trial at a later date," Wali stated..

"Nothing justifies the holding of persons suspected of having committed a criminal offense without trial. After all section 36 of the Constitution of the Federal Republic of Nigeria provides that every person who is charged with a criminal offense shall be presumed to be innocent until he is proved guilty."