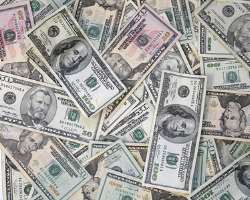 by: Les Leba
This week's article, “Banks and Money Laundering”, exposes the conscious complicity of our banks in the unpatriotic and economically destructive and possibly criminal involvement in money laundering.

Last week's article “Banks and Fraud Incorporated” and this piece clearly confirm that the Central Bank (CBN) leadership were merely slumbering spectators rather than committed regulators and supervisors of the banking sector; a Deputy Governor of CBN, Tunde Lemo, confirmed at a media brief in 2005 that banks' financial statements were bogus, but regrettably, no bank till date was identified for sanction or prosecution! This week's article established a strong link between banks and money laundering, and we wonder whether or not the former CBN Governor deliberately lied to us when he consistently boasted that the banks were solid as ever and could in the worst case scenario rescue the economy!

It seems paradoxical that less than a year down the road, the CBN is now rescuing five banks with N420bn of tax payer's money!

This piece “Banks and Money Laundering” was first published in September 2005. Please read on:

“The media was literally inundated with the allegation of financial impropriety against the Governor of Bayelsa State last week. Specially, the news revolved around the allegation that the Governor had an accumulated sum of about £20 million from several bank accounts in the United Kingdom. In addition, the Metropolitan Police in London was alleged to have found the cash sum of about £1 million in the private residence of the Governor in a classy London suburb where property values usually exceeded seven digits in pound sterling. In the event that no charge has been formally brought against the Governor pending the conclusion of police investigations, it may not be appropriate to begin to pass judgment on the violation of any criminal or ethical codes by the currently beleaguered Governor who has nonetheless been restrained to London until a date in November, in spite of the diplomatic immunity he would normally enjoy as an accredited public servant of his country. The Economic and Financial Crimes Commission (EFCC), which was established by the present administration as its arrowhead in its uphill battle against corruption in the body polity has already indicated that the current development is just the tip of the iceberg, and has promised that more giants will fall! This is read to mean that the identities of leading Nigerian who have siphoned huge sums of public funds into overseas accounts will be revealed and appropriate criminal action will be taken against them.

“The underlying question which remains to be answered from the above scenario is how did such 'eminent' Nigerians move their loot from our shores to supposedly safe havens abroad? The amounts involved are so mindboggling that it is unlikely that the money was first accumulated and transported abroad through our borders in suitcases or other such packaging; the security element would also have made piecemeal transfers through different human carriers highly unlikely.

“In any event, either of the above modes of transfer must imply the ready availability of large caches of foreign currencies in various bureaux de change and private vaults locally. However, the agitation to consolidate a modest amount of less than $10,000 in one go at the regular bureau de change transactions is an indication that huge sums of over $100,000 and above may not be readily sourced from your corner street bureau de change or malams! On the other hand, consolidation of sums as high as £1 million from a collection of small holdings of bureaus de change all over the country may not also be practical as this will be cumbersome and untidy and indeed, the risk of purchasing fake currencies would be a major deterrent, not to talk of the security risk involved in huge multiplicity of such foreign exchange deals.

“Treasury looters who wish to dry-clean their billion naira loots would be more circumspect and would naturally prefer safer and well tested channels for converting their naira holdings into foreign exchange before transfer abroad. Indeed, the ideal medium would be one that would not only make the conversion but could also make the remittances abroad under the cover of a legitimate transaction. The only facility with such distinct advantages and possibilities is the formal financial and banking system. The Central Bank of Nigeria, CBN is naturally aware of the existence of collaboration between the banks and treasury looters and they have indeed lamented the dangers posed to the Nigerian economy by banks which engage in round tripping; that is, the purchase of dollars from the official Dutch Auction market and subsequently selling same to bidders in the black market at a high premium.

“The wider the gap between the black market and the official rates of exchange, the greater the motivation of banks to indulge in this somewhat 'free for few' market. In spite of CBN's awareness of the vast extent of this scam and the dangers posed to the economy, no one has so far been indicted or jailed for such crime in Nigeria. The worst punishment meted to offending banks has been a mere term suspension from the lucrative official foreign exchange market! In the light of this, most banks have thrived on profits made from the DAS. Indeed, it has been widely reported in the media that 80% of all banks' profits are derived from government induced investments; that is, the erstwhile equally lucrative treasury bill market and the continuously lucrative foreign exchange and bonds markets.

“As it is, the banks are eminently suitable for the dry-cleaning as they possess the vital qualifications to facilitate the transaction; that is, they have a ready source of foreign exchange through their participation in DAS and they also have the structure to make the remittances without necessarily moving physical cash sums from our shores abroad.

“The structure of the current foreign exchange dispensation ensures that foreign currency purchases made by each bank twice weekly at DAS must be credited by the CBN into the accounts of the foreign correspondent banks and as such, funds can be disbursed for both CBN valid and non-valid transactions. Recipients of the foreign currency values of such non-valid transactions may own personal or corporate accounts for disbursement of the funds, while others may purchase property or investments in the host country; while some may decide to sell the same currencies to importers of smuggled goods who would pay a black market naira equivalent into the local Nigerian bank accounts of the seller of the foreign exchange; this would then be a classic case of round tripping!

“The round tripping phenomenon remains the underbelly of the Dutch Auction System of naira exchange rate determination. Round tripping continues to thrive in view of CBN's half-hearted attempts to curb the excesses of the foreign exchange market. The recent CBN special auction of $800m to supplement the rate of regular bi-weekly auction of dollars at DAS has ensured that the gap between the black market rate and the official market rates has widened to about N17/$1. The circumstances surrounding the irregular auction of $800 million is not very clear; what is clear, however, is the laxity which attended the auction, as participating banks seemed to have been allowed access to the auction without a clear definition of the purpose for which the banks were buying the $800 million; or how else would we explain the subsequent CBN admonition that banks should be puritanical enough to return the surplus dollars which they may have purchased in the first instance, but could not utilize! What a farce! I will bet my last kobo that no bank heeded this call!

“So, if the authorities are serious about reducing the scourge of money laundering, it would make sense to carry out a backward investigation when treasury looters are discovered with huge forex balances abroad. It should not be too difficult to trace how such huge foreign exchange values got into private or so called corporate accounts of these public figures abroad. It would not require a clairvoyant to point the way to the host of Nigerian commercial banks who aid and abet the looting of our public treasury to satisfy the personal greed of the so called big men who own the majority of our banks!

“Needless to say, the current Dutch Auction System supports round tripping and sustains the looting of the public treasury. The Mega Auction System proposed by the CBN to replace the DAS early next year will only succeed in consolidating the immoral gains from the forex market in the hands of a smaller elite cartel; what one might ascribe as one step forward and two steps backward movement in an environment where the CBN is aware that banks maintain three sets of trading results and yet no bank has so far been criminally indicted. Up CBN!