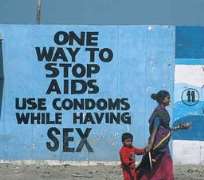 National Association of Kwara State Students (NAKSS), National Headquarter becomes a uniting point for the students as they organized a symposium on HIV AIDS, held on the 1st December, 2012. It was an appreciable arena where many resourced persons presented their paper on way out of the killer disease. The message is clear, the students and youths need to trigger our own awareness against HIV AIDS in Africa and Nigeria in particular.

Acquired Immunodeficiency Syndrome (AIDS), human viral disease that ravages the immune system, making the human body to become guideless and without reasonable defense, caused by the human immunodeficiency virus (HIV), AIDS leaves an infected person vulnerable to opportunistic infections—infection by microbes that take advantage of a weakened immune system. The kind of infections that would not be felt by a healthy person who is not infected by H I V makes life to be miserable for an H I V infected person. Although there is no cure for AIDS, new drugs are available that can prolong the life spans and improve the quality of life of infected people. Transmission of HIV—the AIDS-causing virus—occurs most commonly as a result of sexual intercourse. HIV also can be transmitted through transfusions of HIV-contaminated blood or by using a contaminated needle or syringe to inject drugs into the bloodstream.

The symposium was not attended by any government official of Kwara state and that is condemnable and a reflection of insensitive and irresponsible political leadership. The killer disease does not play politics and should not be associated with politics but good leadership is a shade for the citizen. It is there for important for all the students and youths to ignore the irresponsible government and face destiny by creating a permanent barrier with HIV AIDS.

This kind of garden where we sensitize ourselves against HIV AIDS should not be converted to an avenue to corrupt moral value of the youths and students but the beginning of fence construction between humanity and the HIV AIDS. Distribution of condoms is foolhardiness and a condemnable practice. Do you want to campaign against HIV AIDS and spread immorality among the students and youths? As we protect humanity from the venous of HIV AIDS we also preach morality and good virtues among the Nigerian students and youths. The sex is not meant for he/she who is not married and the marriage is meant for he who wants to indulge in sexual activity, justifiable from the cultural and religion perspectives. Sex is for the married person and who is matured his biologically fit to married. STUDENTS & YOUTHS NETWORK AGAINST HIV AID It is an initiative sourced from NACONS where by Africa students and youths form a formidable network (corporation) against the HIV AIDS. It is not different from friendship among the Africa students and youth having agreed to save our generation against the HIV AIDS. You are a member provided you desire a continent of Africa to be free from HIV AIDS. Becoming a member goes with the following responsibilities:

1. Believe in the reality of the HIV AIDS
2. Subject yourself to HIV AIDS test
3. Spread the news (HIV AIDS) to not less than 10 persons every day
4. Create your own network
5. Avoid all acts that could make you contact the deadly virus:
a. Have sex only with your wife (HIV AIDS tested negative)
b. Do not share clipper and sharp objects

Let all prove once again that we can without government intervention prevent the killer disease in the continent of Africa and religiously embrace an automatisms concept of finding a solution to the problems challenging the survival of humanity.