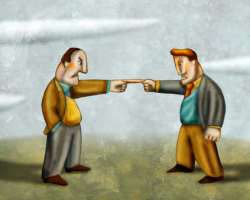 By Bukola Olatunji in Abuja
The Federal Government has not foreclosed negotiations with the Academic Staff Union of Universities (ASUU), the Minister of Education, Dr. Sam Egwu, has said.

Egwu, who addressed the press in Abuja yesterday on the ongoing strike by the union, said: “We are ready to discuss with them. If they call off the strike today, the next day, we are going to resume negotiation.

“We have not come to the end of the issue. It does not pay anybody to stay in this situation. Demands will always come and government has shown considerable commitment.”

He appealed to the union to consider the interventions that have taken place, that are taking place and will still take place and heed the call from various quarters to call off the strike.

Asked if the Federal Government was going to enforce the “no-work, no-pay” rule, the minister said that was an issue for the councils of each university to address.

The Federal Government had pulled out of the re-negotiation with ASUU on August 10, saying the continued strike by ASUU did not provide a conducive environment for the discussions to continue.

It therefore called for the suspension of the strike before the resumption of negotiations.

ASUU on the other hand says the negotiating parties must have the mandate of their principals to sign the proposed draft agreement before the discussions can continue.

National President of ASUU, Prof. Ukachukwu Awuzie, had said the two-and-a-half-month old strike would have been resolved if the Federal Government negotiation team had faithfully implemented the solution proposed by Vice-President Goodluck Jonathan.

ASUU is claiming that there are some forces in the government bent on frustrating the emergence of a centrally signed agreement with ASUU.

It said these forces are aware that no agreement will be signed at individual council levels, as the councils do not have the financial means of implementing the funding requirements.

The Federal Government had referred the trade dispute to the Industrial Arbitration Panel (AIP) which had directed ASUU to suspend the strike to give room for arbitration, but the leadership of ASUU claimed ignorance of any trade dispute declared by the government.

The breakdown of talks between the government and ASUU has come under heavy criticisms by parents and students. While some directed their anger at the Federal Government, others have urged ASUU to seek other means of making their demands known.

The deadlock, they say, is wreaking financial havoc in homes as well as causing frustration among the students.