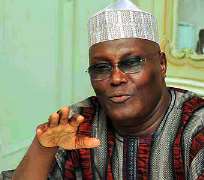 Abubakar will be decorated with this award during the forthcoming African Leadership Awards billed to hold on Wednesday 12 December 2012 at the Al Falak Ball Room, situated on the 27th floor of the magnificent Burj Al Arab, Dubai, U.A.E.

The selection team, comprising of leading African Business and political Leaders, in arriving at this decision took into cognizance his enormous contributions to Nigeria’s Socio- Economic Growth as an employer of repute, creating jobs for thousands of Nigerians and indeed Africans; and as a frontline political icon and astute manager of people and resources.

Atiku Abubakar had a distinguished career in public service, private business, and philanthropy – perhaps his most outstanding legacy was his founding and support of the American University of Nigeria, the outstanding private university in Sub-Saharan Africa.

The selection team particularly noted his overwhelming impact on the life and Economy of Yola, Adamawa state, Nigeria at large and indeed the rest of Africa, with the founding of Africa’s premier Development University, The American University of Nigeria; and the establishment of diverse range of manufacturing industries spanning publishing, media and communications, beverages, ICT and hospitality.

African Leadership Awards is the hallmark event put together by the group at the end of every year to celebrate Africa’s finest leaders, who have contributed immensely to the socio-economic development of the continent. The prestigious award has been held previously in Paris, London, Washington DC, Dubai and New York.