NIGERIA: THE BEST AND WORST LIVING SIDE BY SIDE 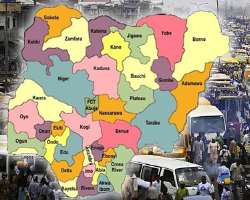 Less than a week after Forbes Magazine chronicled the list of 40 richest Africans in which 11 of them were Nigerians; another different list emerged that was unfavourable to Nigeria.

The quantification and tabulation by Forbes, maintained that Aliko Dangote was still the richest person in Africa for two consecutive years, 2011 and 2012 respectively. Many Nigerians were probably proud to have one of their own at the top of the list. Of course, Dangote works for his money and has been providing jobs to Nigerians. He is part of the solution by heavily investing in Nigeria and Africa, unlike those that siphoned their wealth abroad.

And here comes the bombshell, The Economist Intelligence Unit (EIU), a sister company of The Economist magazine, complied a list of its 2013 Where-to-be-born Index and of the 80 countries evaluated, quantified and covered, Nigeria comes last in the ranking at 80 out of 80: "it is the worst place for a baby to enter the world in 2013." This is beyond just a bad news, it is depressing, no matter how you look at it.

Nigeria is among the worst and miserable places for wealth redistribution and income inequality in the world. An oil and mineral resources rich nation, where less than 1% of the population controls about 99.5% of the country's wealth. This implies that Nigeria wealth distribution is more like a pyramid with tiny wealthy class at the top and large base of poor and destitutes at the bottom. No country can progress without a thriving

middle class. Nigeria does not have a middle class, but few very rich and the large very poor. This is a pathway to gloom and doom, not a recipe for winning a future.

Nigeria a nation of private jet owners, tantalizing cars and expensive wine drinkers, is also a nation of massive homelessness, joblessness, disease infected water and starvation. Many women and children go to bed at nights on empty stomach with malaria infected bodies. Nigeria is the only oil exporting nation without reasonable electricity, drinking water and health care facilities.

"WITH Nigeria holding the record of a country with the highest private jet ownership in Africa, the aviation sector has brought into sharp relief the paradox of a nation that is endowed with huge oil resources but where only a few are wealthy.

In a country where the average Nigerian lives on less than $1 a day, there is a super rich class of business moguls, bankers, preachers, politicians and oil magnates whose private ownership of jets is more than that of any other country. While the rich can afford such luxuries, the economic crisis in the nation is seen in a situation where the aviation sector needs financial succour from the Federal Government.

According to an official of Bombardier, the Canadian aircraft manufacturer, Nigeria ranks behind the United States, United Kingdom, and China among countries that top their orders for the supply of the aircraft type; just as there are indications that N1.30 trillion may have been expended in the last seven years. Nigeria is said to top the market for private jet ownership."

Well this this time around, the country of jet owners has been classified as the worst place to be born in the world.

What does this really mean? Well, it is loaded and this is not good for Nigeria and Nigerians. Without being defensive as usual, the world is actually losing the hope they bestowed on Nigeria.

Nigeria is not a confidence nation and Nigeria without doubt, rely on how the rest of the world sees her. This is important because the world is telling Nigeria that her so-called image re-branding and public relation are not working. The most important image re-branding is doing the right thing, not tricking people to think otherwise.

The Economist Intelligence Unit assessment actually means that among the poorest countries in Africa, Latin America and Asia, Nigeria is the worst place to be born in 2013. Cynics and realistic Nigeria may refute such an assumption and conclusion, but that may not be necessary because they do not have the bigger microphone to dispute EIU assertion and convince the rest of the world that Nigeria is the 'best' country to be born.

Nigerians do not have access to media industry as big as CNN, BBC or EIU that can easily dispense and dissipate information to all the four corners of the world. Therefore Nigeria has to lick her wound and move on as usual. Nigeria is now becoming like a football to be kick around without any consequences because our leaders and policy makers are so

inconsequential in global affairs and do not command any respect.

Is Nigeria really the worst place to be born? The answer depends who is answering the question. Of course the fat cats and politicians will resoundingly say NO, but the average Nigerian without food, electricity and drinking water will say YES.

But it is also easy to pick on Nigeria, because of its management failure. Nigeria's natural and human resources have not been properly managed, due to weaken internal mechanism of operandi . This is the principal factor that deterred her from greatness and parked her where she found herself today.

Nigeria can be a miserable place for our youths whose unemployment rate is at a disastrous and alarming level. Our youths are poorly educated, and less than 5% of them are gainfully employed. This means that 95% of Nigerian youths are roaming the streets without purpose and employments. The implication of this scenario is crime, restlessness and vandalism that are running rampant among energetic youths and elusive minds.

The rate of joblessness for the entire country is alarming, Nigerians without full employment should be approaching 75-80%. The operating world is 'full employment' and when an individual is fully employed, it means that he is not underemployed and he can survive comfortably from the gainful employment.

Nigerian wealthy class are known for spending their fortunes in foreign lands. Big shops in places like Dubai, London and many others cannot be satiated until wealthy Nigerians step into their expensive stores and impressed them with hard currencies. At same time it must be clearly clarified that spending one's earned income is his right. But when the rich could not utilize their disposal income to help boast the well-being of their country, then there is a problem.

Nigeria must be serious about improving the quality of life and well-being of her people. The brain drain occurring in Nigeria is not healthy for the most populous country in Africa. Nigeria needs all the brain power it can muster and as much as it can gather to improve her economy for her poor citizens. There are emerging leaders and active Nigerians that are rising to the challenge of making their nation better but the critical

mass has not been approached.
As The Economist Intelligence Unit (EIU) narrated: the "quality-of-life index links the results of subjective life-satisfaction surveys—how happy people say they are—to objective determinants of the quality of life across countries. Being rich helps more than anything else, but it is not all that counts; things like crime, trust in public institutions and the health of family life matter too. In all, the index takes 11 statistically significant indicators into account. They are a mixed bunch: some are fixed factors, such as geography; others change only very slowly over time (demography, many social and cultural characteristics); and some factors depend on policies and the state of the world economy."

Corruption has arrested affirmative development in Nigeria. The country must slow down corruption to be able to win the future for posterity. Corruption has become so bad in Nigeria, that even sports, the only institution that Nigerians collectively adored has been touched by corruption. The Nigerian Green Eagles coach recently narrated how bribery and corruption played a role in selection of the players.

Nigerians are becoming sick and tired of hearing Nigeria called, " the most corrupt, the worst country, the bad and the ugly". For once Nigerians desire to be proud to announce to all and sundry - We are Nigerians without anybody reminding them how backward, corrupt or bad Nigeria is.

Writtev By Emeka Chiakwelu
When is that going to happen? Or Nigerians asking too much?