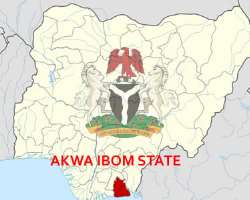 The idea of zoning as a deliberate policy of a political party is predicated on the need for equitable representation and rotation of party and elective offices. Our understanding of the concept is that after a leader has emerged, the stakeholders and the party would sit down in a round table to equitably distribute other political offices so that no group feels marginalized in the emerging set up. To this extent, one can say that zoning as a political concept has been in operation in Akwa Ibom State.


However, in recent times, modern day political gladiators and revisionists have polluted the political space in Akwa Ibom State in the name of agitating for the so-called zoning and power shift. Spiced with threats and blackmail, we have heard from them how Akwa Ibom State will cease to exist if power is not “shifted” or “zoned” to them. But we know that in a democracy, political power is not acquired through campaign of calumny, threat and blackmail rather, through negotiations, horse trading and compromises. Indeed, never in the history of any political struggle has power been handed out to any group on a platter of gold or by merely sitting back and shouting zoning!


For instance a nebulous group which goes by the name: “Ibom Mandate Assembly” (probably an assemblage of political jobbers) which claims to be “at the vanguard of the advocacy for power shift otherwise known as zoning of the governorship stool to Akwa Ibom South (Eket) Senatorial District” in an open letter to President Goodluck Jonathan titled: “If PDP must win the 2015 general elections in Akwa Ibom State” published in THE NATION of Wednesday, November 21, 2012 threatened that: “We are afraid that failure to enthrone the tripartite principle of equity, fairness and justice by implementing zoning in Akwa Ibom State will not only spark unprecedented protest votes against the PDP in the state, but may lead to total breakdown of brotherly relations among our people,” the group said.


To reinforce their case the Ibom Mandate Assembly said:“sadly, as the build up to the 2015 general elections gathers momentum, some hawks, sectional leaders and ethnic jingoists have commenced a swansong for the zoning policy of the PDP, insisting that, the rotation of power, which unarguably should shift to Eket Senatorial cannot hold,” they said.


The Ibom Mandate Assembly went to great length to distort facts and our recent history and seeking to foist its retrogressive position on the rest of the state as if they were all suffering from selective amnesia. Their reason for agitating for power shift is spurious and ranks among the least convincing. For calling on a democratically elected President to decree a Governor into existence for them, or donate the Hilltop Mansion to them as a trophy (without democratic input of Akwa Ibom people), they have unwittingly alienated many people who would have sympathized with their cause.


But what is the reality of zoning in Akwa Ibom State? The truth is that at no time since the creation of the state has the position of the governorship of the state been exclusively zoned to any senatorial district. The fact is that in 1991, under the National Republican Convention (NRC) Sir Sunday U. Akpan from Ikot Ekpene Senatorial district contested for the ticket of the party against the late Obong Akpan Isemin from Uyo Senatorial district. Obong Isemin won the primaries and went on to win the gubernatorial election. The party did not bar candidates from any zone.


It is also on record that in 1999 several Akwa Ibom State citizens who felt they had what it took to lead the state vied for the position. They included, Obong Victor Attah and the late Obong Etukudo Ekpro(Uyo senatorial district), Mr Benjamin Okoko (Eket senatorial district), Chief Itak Bob Ekarika, Dr David Ekanem (Ikot Ekpene senatorial district). Through the popular will of party members Obong Attah was handed the ticket of the party and he went on to win the election.


For those who, out of political expediency slip into selective amnesia, as the Ibom Mandate Assembly, they may be reminded that even as an incumbent Governor, Obong Attah was fiercely challenged by Samuel Udonsak and Etim Okpoyo both from Eket senatorial district. Again Obong Attah triumphed.


But perhaps the most contentious of party primaries would be the battle for the Peoples Democratic Party (PDP) ticket in 2006 when about 58 persons vied to fly the flag of the party. Among the aspirants were the immediate past Deputy Governor, Mr. Nsima Ekere, Mr Larry Esin both from Eket senatorial district; Chief Godswill Akpabio, Chief Don Etiebet, Dr Udoma Bob Ekarika, Dr Ime Umanah from Ikot Ekpene senatorial district among others. In the hotly contested primaries, Chief Akpabio emerged the winner.


In all these instances, the Ibom Mandate Assembly never showed up and prevailed upon aspirants from Eket senatorial district to drop their ambition, as it would have been unconstitutional to do so. But in a move which smacks of political mischief, they have suddenly woken up from a deep political slumber and attempt to rewrite the political history of Akwa Ibom State through crude revisionism by insisting on the unconstitutional barring of qualified aspirants from senatorial districts other than their own from contesting the governorship in 2015.


It is however reassuring that even from Eket senatorial district, a potential beneficiary of such obnoxious advocacy has risen very strongly to condemn such undemocratic agitation. According to Mr. Larry Esin, who as observed had contested for the PDP ticket in 2006 and the governorship election in 2011 in a recent post in Ibom Forum, “The ongoing agitation for zoning in Akwa Ibom State is baseless and not rooted on any empirical evidence. I am and remain of the firm opinion that zoning deprives a people of quality leadership and it retards sustainable economic development. Umana Okon Umana and all other sons and daughters of Akwa Ibom have the right to vie for the governorship in 2015. For I will not be an “Oron governorship” candidate for an Akwa Ibom son who seeks to serve all of Akwa Ibom should I decide to contest the governorship in 2015,” Mr Esin cautioned.


It is indeed contradictory that Ibom Mandate Assembly which claims Eket senatorial district “with 12 local government areas, the largest among the senatorial districts compared to Ikot Ekpene (10) and Uyo (9)” cannot use this numerical strength to their advantage but instead has resorted to seeking help from the President and “pleading and beseeching” him to unconstitutionally bar qualified Akwa Ibom people from senatorial districts other than Eket from contesting the Akwa Ibom State governorship election in 2015. They should be told that the President is a democrat and not a dictator to decree such.


The ultimate objective of a political party is not just to present candidates for elections, but to present candidates with the best potential for winning an election. No responsible political party would play into the hands of an opposing party by presenting a candidate who cannot win an election, in the name of zoning. This is why it is important that a candidate must emerge from a democratically conducted primary and not a Presidential fiat or decree as being demanded by Ibom Mandate Assembly.


As have been shown, the tradition in Akwa Ibom State has been the opening of the political space for the best man or woman to emerge. Such mundane and primordial considerations as “zoning” and “power shift” as being canvassed by Ibom Mandate Assembly have been ditched for visionary leadership whether from Ikot Abasi, Etinan, Oron, Eket or Nsit Ubium.