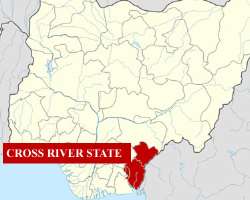 SAN FRANCISCO, November 29, (THEWILL) - In a bid to bridge the housing deficit facing the state, the Cross River State Government on Monday signed a Memorandum of Understanding, MoU, with the UACN Property Development Company Plc for the construction and development of 284 housing units to be known as Golf Estate in two phases to be completed within 30 months.


The MoU, the second of such partnerships between the Cross River State government and the private sector in its bid to provide first-class housing marks the first phase of the construction of about 2000 housing units for civil servants through mortgage financing by Aso Savings and Loans.

Mr. Efiok Cobham, deputy State Governor who spoke at the signing ceremony assured the partners, UPDC, of the state’s commitment to the success of the scheme as every member of the State Executive Council had during discussions on the modalities for the implementation of the project made meaningful contributions to its execution because of the emphasis which the state government has placed on the project.

According to him, the decision to partner the company to develop the estate marks the beginning of a new partnership which will act as the catalyst for the implementation of other joint venture partnership investments.

Cobham reminded all that UAC, the parent company of UPDC started doing business in Nigeria in Calabar during the colonial era which means signing this new agreement marks the homecoming of the company.

The deputy governor gave an insight into the investment opportunities inherent in the state saying Cross River State provides the best environment for joint venture businesses thereby creating the impetus for the state to do business with UPDC appealing to all involved in the execution of the project not to adopt a lackadaisical attitude to its implementation but ensure the work is done and completed on schedule.

Mr. Hakeem Oguniran, Managing Director/Chief Executive, UPDC Plc said the board has given its blessings to the decision to partner the state in providing the housing units and promised the units will be completed and delivered on schedule.

He explained that the company has established its presence in Lagos, Abuja and Port Harcourt through the provision of such housing estates and was therefore happy to partner Cross River State to provide the same infrastructural support.

Oguniran assured the state government that because of the confidence reposed in UPDC, the company is more that ready to reciprocate the gesture by delivering an excellent work.