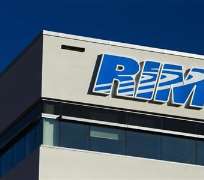 Canada's Research In Motion (RIM) has lost a contract dispute over the use of Nokia patents in a case which could halt sales of its BlackBerry phones if it does not reach a deal to pay royalties to the Finnish company.

Nokia said on Wednesday a Swedish arbitrator had ruled that "RIM was in breach of contract and is not entitled to manufacture or sell WLAN products without first agreeing royalties with Nokia."

Wireless local access network (WLAN) technologies, usually marketed under the WiFi brand, are used across BlackBerry devices and by most other smartphones.

Nokia, which is trying to boost its royalty income as its phone business slides, said it had filed cases in the United States, Britain and Canada to enforce the arbitrator's ruling.

"This could have a significant financial impact to RIM, as all BlackBerry devices support WLAN," IDC analyst Francisco Jeronimo said.

"If a sales ban was imposed it would be a massive blow for RIM as it manages its transition to the new BlackBerry 10 software platform," said Canalys analyst Pete Cunningham.

However, analysts think it is much more likely that RIM will reach a royalty agreement with Nokia to avert such an outcome.

RIM, a smartphone pioneer, hopes new devices using BlackBerry 10 software, due early 2013, will rescue it from a prolonged slump in the face of competition from the likes of Apple and Samsung.

RIM promises its new devices will be faster than previous smartphones, and will have a large catalogue of applications, which are crucial to the success of any new line of smartphones.

CONTRACT ROW
Nokia said it signed a cross-license agreement with RIM covering standards-essential cellular patents in 2003, a deal that was amended in 2008.

RIM sought arbitration in March 2011 with the Stockholm Chamber of Commerce, arguing the license should be extended to cover WLAN patents.

The arbitration tribunal concluded a nine day hearing in September 2012 and it issued a decision on November 6, Nokia said in a U.S. court filing seeking to enforce the ruling.

During arbitration RIM did not contest it manufactures and sells products using WLAN technology in accordance with Nokia's WLAN products, Nokia said, quoting the tribunal decision.

Nokia, along with Ericsson and Qualcomm, is among the leading patent holders in the wireless industry. Patent royalties generate annual revenue of about 500 million euros ($646 million) for Nokia.

Based on a Nortel patent sale and Google's acquisition of Motorola Mobility, some investors and analysts say Nokia's patent portfolio alone merits its current share price of around 2.50 euros.

However, the patent market has cooled since those deals were made and industry experts say that fair value of patents in large portfolios is $100,000 to $200,000, pricing Nokia's portfolio at up to 0.50 euros per share.