APPRAISAL OF REFORMS IN THE OIL AND GAS SECTOR 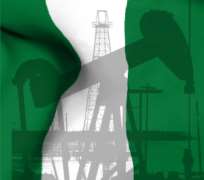 The Nigerian Oil sector is currently at a determinant point in its history, a period which some stakeholders have said could either make or mar the industry for decades to come. There are series of committees for the first time looking into series of issues many of them bordering on corruption and governance . There has also been series of laudable statements issued by the government which only awaits implementation, although some of these are currently witnessing implementation. It is wise to note that before the coming of the present government, the industry has sunk abysmally deep in corruption as result of inept leadership hence the series of probe sessions and reforms it has witnessed recently and still witnessing.

The aim of the reforms were to drive an increase investment in the downstream processing which, apart from reviving the four ailing refineries, would accentuate the additional refineries investment slated for Lagos, Lokoja and Bayesa and build more petrochemical plants, fertilizer plants and a Liquefied Petroleum Gas (LNG) distribution plant in the country the net value being to create jobs and re-invigorate the economy.

In a bid to enhance the oil sector and find solutions to a number of targeted critical challenges, the federal government through Minister of Petroleum Resources, Mrs Deziane Allison- Madueke adopted an ‘out-of-the-box’ approach and reached out to patriotic Nigerians with undisputed integrity from outside the industry to enable government derive the benefits of a different and more varied perspective, and also to ensure that a broader spectrum of all stakeholders, not just the government, have the opportunity to provide input into the solutions.

In an attempt to sanitize Nigerian National Petroleum Corporation (NNPC), a committee headed by Dotun Suleiman was set up to design a new corporate governance code for ensuring full transparency, good governance and global best practices in the NNPC and other parastatals. The committee duty is to produce a blueprint which would eliminate all rent-seeking opportunities and arbitrage in the NNPC system; and design a blueprint for professionalism in the parastatals, as well as a roadmap for transition into the Petroleum Industry Bill (PIB) regime.

For the epileptic state of the refineries, Kalu Idika Kalu’s committee was set up to conduct a high-level assessment of all four refineries, review all past reports and assessments to produce a diagnostic report complete with a Change Journey Map; and recommend ways of improving efficiency and commercial viability.

Ribadu’s Petroleum Revenue Special Task Force was also set up to enhance probity, transparency and accountability in the operations of the petroleum industry. The body among other things also worked with consultants and experts to determine and verify all petroleum upstream and downstream revenues, which include taxes, royalties, dues and payables to the government.

The target of the reforms is not only focused on enhancing industry effectiveness and efficiency, but it is also aimed to ensure equity with respect to wealth distribution among all stakeholders which includes government, communities and operators.

There is no doubt that restructuring the Nigerian National Petroleum Corporation (NNPC) is the focal point of the ongoing oil and gas reforms in Nigeria. The general observation by many Nigerians is that NNPC has failed in its mandate, therefore the new goal is to reposition the new NNPC and benchmark it with the international best practices such as Malaysia NOC (Petronas), Venezuela NOC (Pdvsa), Norway Statoil, Algeria NOC (Sonatraco), Mexico NOC (Pemex), Brazilian NOC and Saudi Aramco. The desire is to get the new corporation to a level in which the degree of operation and strategic autonomy from the government is similar to Norway Statoil.

After the passage of the Nigerian content Act, which empowers Nigerian operators in the oil sector to fully participate and take advantage of oil and gas activities, the present government has also ensured proper and constant supply of petroleum products especially Premium Motor Spirit thereby averting long queues in filling stations across the country which had earlier been a norm across the country.

The Nigerian oil and gas sector under the leadership of the current government has also not only entered into several agreements in bringing about a vibrant oil industry but has made effort to commence implementation of some of such agreements. The federal government announced late last year that it envisage to refine more than one million barrels of petrol per day (bpd) by 2014.

It has been believed that the current government has shown a measure of transparency and commitment to the development of the industry. The government has been able to record some tangible achievements shortly after coming into office. Fuel scarcity is history and doesn’t occur as in the past due to massive importation and increased domestic refining by the NNPC.

With the establishment of the Nigerian Content Act, the multinational oil companies have commenced the usage of made-in-Nigeria materials, For example, ExxonMobil used locally manufactured pipes at its Edop-Idoho offshore field, laying of over 100 kilometres of pipeline by SCC in Abuja as well as the development of Nigerian Oil And Gas Employment and Training Strategy, which has resulted in the absorption of over 5,000 engineers, geologists and welders into the industry. Recently, Nigerdock built two platforms for ExxonMobil’s satellite fields at its yard in Snake Island in Lagos.

Epileptic power supply across the country has always been blamed on inadequate supply of Gas and against this backdrop the government has launched the gas-to-power policy, which mandated gas producers to strictly meet their supply obligations. Currently, additional efforts to this, is the ongoing construction of gas pipelines to some of the power stations. The link up of these power stations to sources of gas supply is considered more sustainable and cheaper.

To deepen local consumption of gas as well as establish gas-based industry for job creation and in-country skills and technology development, the federal government launched the Gas Revolution aimed at enhancing utilisation of the enormous gas resources. Besides, Government has made effort to attract investors such as Xenel of Saudi Arabia and Nagajuna of India to invest in a petrochemical plant to be sited in Koko, Delta State.

On refinery turnaround, the government has also made efforts to stop the continuous fleecing of public funds by bringing the original firms that built the refineries to carryout thorough maintenance on them. Over the years, the country has been losing princely sum on turnaround maintenance of the refineries with no results. All of these are an effort to set the stage for the much anticipated and talked about oil industry reform which is aimed to position the industry and the NNPC especially as a commercially viable entity.

occupy Nigeria strike is also part of this government’s commitment to sanitizing the all-important sector. Fall outs of the probe continues to be more intriguing as it reveals a sector filled with rot and begging for an in-depth cleansing before major, long-term investment could be attracted.

Top on the list of the reform of the oil and gas sector is the draft Petroleum Industry Bill (“PIB”) presented by President Goodluck Jonathan to the Senate for adoption has been viewed by many as a catalyst for hydrocarbon industry reform. This development is certain to impact not just an aging legal regime which excludes crucial aspects of the sector (such as natural gas production) but also the country’s partnerships in the global energy market.

Although Nigeria is Africa’s largest oil-producing state - with 187 trillion cubic feet of proven natural gas reserves, 37.2 billion barrels of proven oil reserves; and significant growth in deep-water production from new fields such as Total's Akpo field, it remains one of the world's most problematic hydrocarbon sectors. The alarming scope of the recent Otedola/ Lawan oil subsidy bribe scandal is sufficient testament for reform in this sector.

The PIB is intended to serve as the grundnorm of a legal framework for the Nigerian oil and natural gas industry. The bill, first proposed in 2008 and introduced in the Nigerian Senate on January 2009 (where it was later withdrawn) attempts to reform governance across the entire hydrocarbons sector. Its principal objectives are to enhance exploration of petroleum resources in Nigeria – including the development of natural gas production in conjunction with the Gas Master Plan 2008, establish a progressive fiscal framework that encourages further investment in the petroleum industry while optimizing accruable revenues to the government, establish a commercially oriented and profit-driven National Oil Company and deregulate and liberalize the downstream petroleum sector.

The PIB would repeal existing motley assortment of disparate and almost labyrinthine body of oil- and gas-related legislation, dating back to the Hydrocarbon Oil Refineries Act No. 17 of 1965, the Petroleum Act of 1969; the various Nigerian National Petroleum Acts and related statues and decrees from 1977 through 2004; up to and including natural gas exploration laws such as the Gas Reinjection Act ( CAP A25 Laws of the Federation 2004).

PIB mandates the unbundling of NNPC into several regulatory institutions which (in addition to the office of the Minister of Petroleum) will include The National Petroleum Directorate; The Nigerian Petroleum Inspectorate (“Inspectorate”); The National Frontier Exploration Service; The Petroleum Technology Development Fund; The Petroleum Host Community Fund; establishment of a new National Oil Company; a Nigeria Petroleum Assets Management Company.

Under the new law, the Inspectorate will be responsible for all regulatory functions, hitherto performed by various agencies. The National Oil Company would assume NNPC's shares in existing joint ventures with international oil companies (“IOCs”) operating in the country. Six major joint ventures between the NNPC and the IOCs account for about 98 percent of the production from Nigeria’s proven reserves. The NNPC holds a majority share of 60 percent of each joint venture and serves no operational role. The new joint ventures with the National Oil Company will be financially autonomous entities able to secure their own funding directly from capital markets, thus relieving existing cash call pressures on the government.

The PIB will also allow government to renegotiate existing oil contracts, some of which were signed 10 or 20 years ago and which the government considers (rightly, in this author’s opinion) to be more favorable to the international oil companies. IOC’s with existing joint-venture and production-sharing contract licenses and leases would be required to reapply for their respective contracts within a year of the PIB’s passage. Under the new bill IOC’s will get better tax deal than before.