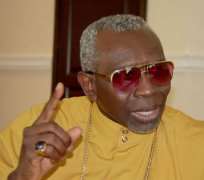 The controversy surrounding Pastor Ayo Oritsejafor's recent receipt of the gift of a jet has cast a harsh glare of scrutiny on the Church and its leaders. It has also caused no small dissension among pastors and Christians. This has been amplified by the social media where the vigorous debate has gone viral. As president of the Christian Association of Nigeria and the Pentecostal Fellowship of Nigeria, he is seen not only as an important and influential figure in Christian circles but also, the most prominent representation of Christian leadership in the country. His profile also makes him influential in the corridors of power where he is seen to represent the Christian position on national issues. All this has made his acquisition of a jet an issue of contention. Of course, he is not the first to own a private jet. Some other pastors and clerics do and so do a number of politicians, tycoons and socialites. But perhaps because of his profile, his pastoral vocation and prominence, Oritsejafor has drawn attention and ire. Or perhaps because the media in very recent times has been awash with heated debate on the issue of ownership of jets in

Nigeria, the acquisition of yet another jet by yet another prominent Nigerian was just more fuel for the fire of contention.

On one side, there are those who have vehemently condemned the ownership of jets by pastors. They criticize the trend as too ostentatious, too flamboyant and as being at complete variance with the sobriety and low profile expected of ministers of the gospel. They have gone ahead to berate especially, Pentecostal pastors for fleecing the people. Furthermore, they argue, such displays of wealth are not in consonance with a reality in which the vast majority of the country’s population is mired in poverty. The opposition counters that Oritsejafor is well within his rights as an individual to receive gifts from his congregation in appreciation of his service to God and humanity. They say that the jet is less a luxury than a necessity; a tool for aiding the ministry of an evangelist whose missions require him to be able to travel swiftly and at short notice without suffering the bottlenecks and aggravation of the airports and public aviation.

Thus, the jet should be properly seen as an instrument of the gospel. Perhaps if Paul the Apostle were alive today he would have achieved much more if he had a jet and a mobile phone. There is also the idea that Oritsejafor has been justly blessed by God for his 40 year meritorious exertion for the sake of the gospel; and that the new jet is simply an example of God rewarding his servants with material prosperity. Therefore, those criticizing him are belly-aching, envious and speaking out of a mindset conditioned by poverty that cannot grasp the awesome grace of God in the lives of his servants. How can we mediate this collision of fiercely-held views?

The truth of the matter is that clerics are well within their rights to acquire or receive jets or other material assets. They have the inalienable right to pursue after ownership of property or other material acquisitions. God is a God that cares about the material endowment of His people and asking His servants to swear to vows of chastity and poverty negates the tenets of our faith and becomes a throwback to the medieval days of the Church of monks, nuns and monasteries. But as we delve deeper into Scripture we begin to see other considerations that inform our perceptions of what is right or wrong. Paul the Apostle in 1 Corinthians 6:12 says, "All things are permissible but not all things are beneficial or expedient." Or as The Message Bible succinctly renders it: "Just because something is technically legal doesn't mean that it's spiritually appropriate." The import of the Apostle Paul's admonition is clear – the fact that something is legal does not mean that it is beneficial. While pastors might be well within their rights to acquire or receive jets, what makes it right at this time is its interpretation on the platform of motive and expediency.

So the question is not "is it right or wrong to own a jet?" It goes deeper. The more penetrating issue being unearthed is "is it expedient at this time to own a jet?" Elisha the Old Testament prophet berated his servant Gehazi who had surreptitiously obtained some gifts from Naaman the Syrian General. Elisha asked Gehazi, "Is it the time to receive money and to receive clothing?" (2 Kings 5:26). The question for Gehazi was that of expediency of the moment. There were other issues at stake. There were other considerations. Solomon the wisest man who ever lived said "To everything there is a season and time to every purpose under heaven." (Ecclesiastes 3:1) The Apostle Paul also urges us to ensure that our liberty in Christ does not become a source of grief to others or cause them to sin. He said, on one occasion, that he was legally justified to eat food offered to idols, a practice that would have horrified many of his listeners who found such pagan practices abhorrent. But Paul conceded that if something he had a liberty to do caused his brothers to stumble, he would refrain from doing so.

Thus, careful and continuous thought must guide our daily decisions beyond the technical issues of right or wrong. There is another process of thinking that should inform our perceptions of what is permissible and what is not. Therefore, legitimate questions can be asked about the propriety of owning a jet in a country where poverty is rife (unfortunately it is often done in cruel and contemptible language). People's perceptions of issues are their own realities. The ownership of jets currently paints a picture of pastors who live in alienated opulence, quite removed from the laity to whom they minister. This unfortunate and unflattering portrait casts a dark shadow on our witness and our ministry. With the growing trend of jet ownership, we also run the risk of being ensnared in the trap of competitive acquisition and conspicuous consumption. For instance, a jet that can only cover the African continent might soon be deemed unsatisfactory and discarded in favour of a jet that is capable of transatlantic distances.

After a while, it may not be enough to be able to fly to Europe at a moment's notice; one may find it necessary to find a jet that can cover greater distances, perhaps reach America or the Far East. How far do we go in acquiring such expensive items in the name of facilitating the gospel? Secondly, the more we seek or accept such expensive gifts, which are not just pricey but also inordinately expensive to maintain, the more beholden we will be as pastors to those who can afford us the means to maintain them. Already, in many churches, attention is heavily skewed in favour of the rich and the powerful. In a country where corruption and abuse of power are rife, this leaves the pastors open to charges of colluding with the corrupt. Indeed, we must humbly admit that many who bring gifts to our churches may have obtained them through dubious means and questionable methods. This exposes us to accusations of sanctifying greed, theft and graft, in return for receiving expensive gifts and status symbols. It also negates our ability to operate with moral and prophetic authority and fulfill the function of speaking truth to power – a much needed role in our society which is steeped in moral degeneration. Under these circumstances, the ownership of jets must be deemed, as Paul the Apostle clarified, "technically legal but spiritually inappropriate".

So also are all displays of ostentation that cast clerics in the mould of the super-rich elites. The argument that a pastor is entitled to a jet because bank chieftains, moguls and CEOs own theirs as well reflects a misunderstanding and misrepresentation of pastoral ministry. There should be no basis for comparison. Our goal should be to emulate Christ, not to compete with CEOs. There is a need for sobriety in the times in which we live. We have to always balance the things that are permissible with sensitivity to the expediency of the times in which we live and continuously process the ethical demands of our higher calling - - an understandably difficult and arduous task.

Indulging in displays of opulence is currently inconsistent with those demands. This is why pastors in a spirit of deference, ought to see this debate, not through the prism of technical legality, but through the prism of spiritual propriety. The gospel is already, in the words of Paul, "a stumbling block." Our insensitivity in these depraved and trying times need not constitute another stumbling block. We live in times of national turmoil, combustive passions and volatile emotions; times in which the people we lead, as God told Jonah concerning Nineveh, do not sometimes know their right hand from their left.