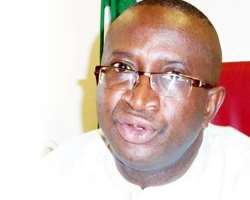 ABUJA, November 23, (THEWILL) – The Senate on Thursday pushed a bill that seeks to provide for State of the Nation address by the President beyond the crucial second reading on the senate floor.

The Bill has already been passed in the House of Representatives and awaiting Senate’s concurrence.

Senator Victor Ndoma-Egba who sponsored the bill that would now be subjected to committee scrutiny before its final reading informed senators in his lead debate that the bill would mandate the President to make a speech explaining his vision and plans for the country.

The bill, he added, would provide for an annual State of the Nation address, distinct from the annual budget speech, as this was in line with democratic practices in most countries.

“The idea is to take stock of the nation, the country and its condition, the government and its performance, the people and their wellbeing. Most of the advanced and emerging democracies around the world have entrenched this in their governance process even as a constitutional obligation,” he said.

However, Senator Ekweremadu who pioneered the Bill from 2004 all through 2008 said it was frustrated in 2004 after the Executive refused to accent to it.

But this time, the Senate warned that it could override any such Presidential veto of the Bill and make it a permanent feature in Nigeria’s laws.

He noted that in 2008 the late President Umaru Musa Yar’Adua had expressed optimism to endorse the Bill before he died.

"Essentially the aim of the State of the Nation address is to get the president to point out a direction for the country and for parliament through its debate to reflect those policy directives and then on a need to know basis, those who are being governed are entitled to know what the government is doing and how he is addressing the nation."

Explaining why the Bill was not signed in the previous sittings of Senate, Ekweremadu said "I introduced the original bill sometime in 2004 and it went for public hearing. The government sent its representatives to oppose it on the basis of Section 67 of the Constitution where they claimed that Section 67 has made provision for the President to come to the National Assembly during a joint sitting of Senate and the House of Representatives.

"But if you look at Section 67 it is not compulsory, it is actually optional for the President to come. Those who crafted the constitution, I believe, meant well but unfortunately they did not make it as compulsory as other countries.

"We felt that there is need for us to make it compulsory for the president to appear before the national assembly and make a State of the Nation address. So when that happened we again introduced it in the following senate, 2007 and again in 2008.

"And to make sure that the bill does not suffer the same opposition by the Executive, I discussed the matter with late President Yar'Adua and I explained to him the need and the difference between what we are doing and what the constitution says and he was excited to be the first president to make a State of the Nation address. Unfortunately by the time the bill was passed he had died. And then it was the present president Goodluck Jonathan) who had the opportunity to preside over the issue of the Bill but he did not sign it.

"Regrettably this was just towards the end of the last Senate and we did not have the opportunity of bringing it back to override it. So when we resumed this time around a member of the House of Representatives picked it up and sponsored it. We would have over written the veto if we had the time to do so. But technically, at the end of that session both Houses had been dissolved and all bills before the House had to be presented afresh. So it is not that we didn't know what to do.

"We believe that this time around, the president would sign it. And if it is not signed, you know the president's political affairs adviser advised us that if the president refuses to sign any bill we know what to do. So this will be the first time we will take his advice.

He stated that the "bill emanated from the House of Representatives so it is not exactly the same as the one I sponsored and was passed by the Senate. What we passed was quite deeper and more detailed than what we have here. Our option might be while we send this to the committee we will also dust up the other Bill and send it to the committee to consolidate them. I recall that even in that other Bill there is a provision for ministers to send their report cards to the appropriate committees and if the committees are not satisfied they could pass a resolution for the ministers to be dropped. It was very quiet detailed."

In his lead debate, Sen. Ndoma-Egba, stressed that the Bill would not foreclose presentation of annual budgets nor to duplicate its functions stressed but rather "that the idea of the Bill is to take stock of the nation, its condition, the governments and its performance; the people and their wellbeing.”

He noted that most of the advanced and emerging democracies around the world have entrenched this in their process of governance.

While the bill was roundly supported by Senators on grounds that it gave legal teeth to the address, Senators Tukur Bello, Victor Lar and Magnus Abe maintained that specific details on what steps the National Assembly should take should be included in the Bill.

Sen. Oluremi Tinubu, urged the Senate to be courageous enough to veto the bill in case President Jonathan refuses to sign it.

Senator Uche Chukwumerije, however cautioned that the address should be on thematic guidelines covering the economy and social stability.

On his part, Senator Olusola Adeyeye, advocated that in the aftermath of the president’s speech, the opposition should be given an opportunity to react to some of the issues that would be raised by the president.

He however warned that the National Assembly should not become a platform for manipulation by the executive.