ASUU’s Strikes As A Game Of Musical Chairs 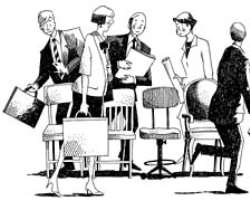 By Douglas Anele
At the moment, all the trade unions in federal and state-owned universities are on strike. Ultimately, the issue can be reduced to the question of availability of funds and how what is available presently can be wisely distributed.

We shall concentrate on the current strike by the Academic Staff Union of Universities (ASUU) because, apart from being a member of that very union; I think that over the years the other two unions, SSANU and NASU, look up to ASUU on strike as a viable strategy for compelling the government, both state and federal, to enhance the welfare of their members.

It follows that ASUU sets the agenda for strikes in Nigerian universities, and the manner in which the strike action by academics is resolved serves as a paradigm for the resolution of strikes by SSANU and NASU. Since 1992 when the Attahiru Jega-led ASUU embarked on strike during the regime of Ibrahim Babangida, the frequency and duration of strikes have increased.

In all these strikes the issues are remarkably similar, and gravitate around the problem of inadequate funding of the universities by government. In order to find a durable solution to incessant strikes by ASUU, former President Olusegun Obasanjo set up a team led by Gamaliel Onosode to negotiate with the union's representatives.

The principal foci of the dialogue are increased funding for rehabilitating the universities, university autonomy and enhanced welfare packages for university teachers.

It was expected by many Nigerians, including lecturers, that Onosode's negotiating team representing the federal government would reach a workable agreement with ASUU, mainly because Onosode himself is a well-respected gentleman who has built a wealth of goodwill in establishment circles over the years.

After two years of rigorous negotiations, an agreement was hammered out and taken to the federal government for approval and implementation. It was at this point that the usual problems began to rear up.

ASUU embarked on a warning strike to draw the attention of government and the public to the unwillingness of the present administration to endorse the agreement its negotiating team reached with the union.

When government failed to meet its deadline for signing the agreement, ASUU predictably declared an indefinite strike to press home its demands. In a complex and controversial matter such as this, it is extremely difficult to look at the relevant issues objectively.

On the Federal Government's side, represented by the ministers for education, Samuel Egwu; labour, Adetokunbo Kayode; and information and communications, Dora Akunyili, the problem is with ASUU's blunt refusal to compromise and accept what government has offered to the union.

According to Egwu, supported by Kayode and Akunyili, President Umaru Yar'Adua has approved most of ASUU's demands: the only major point of disagreement is the question of salary increase. According to the education minister, government has approved 40 per cent salary increase for lecturers, whereas ASUU is insisting on 109 per cent.

On the face of it, government's offer is reasonable, considering the worsening economic realities of the time and other competing sectors which require government's attention.

However, the issue is not that simple. During the negotiations, government's representatives must have been keeping their principal informed about the details of the negotiation, including the issue of salary.

I firmly believe that the percentage increase in salary ASUU demanded was arrived at, among other considerations, by comparing what other academics in selected African countries earn.

I have my misgivings about such comparisons, because in most cases, the parameters used do not always reflect the different and changing socio-economic and cultural conditions of the countries compared. Yet, government should have raised objections to the quantum of increase demanded by ASUU, or negotiated for a phased or gradual implementation of 109 per cent increase in salary.

Government's attitude now to the salary problem seems like an afterthought which puts a serious question mark on the sincerity of Yar'Adua's administration to settle the matter amicably.

Adetokumbo Kayode, the labour minister, has questioned the propriety of the federal government to negotiate and implement agreements reached with ASUU, a body comprising lecturers in both federal and state universities.

It appears that Kayode has a point here, for it is counter-productive to insist that all state governments, not withstanding their financial standing, must pay lecturers in state-owned universities what the federal government agreed with ASUU.