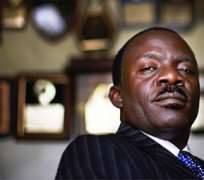 Rather than its planned borrowing of 35 different loans of varying amounts for the financing of developmental projects critical to its transformation agenda, they said the government should solve the problems militating against the country's development.

Falana, in a letter dated November 15, 2012, and addressed to the President of the Senate, David Mark, described the move as baseless and should, therefore, be rejected by the National Assembly in 'national interest.'

He said instead of approving the loan, the National Assembly should advise the government to collect the several billions of dollars being owed the country by the Nigerian National Petroleum Corporation and some oil companies.

'In urging the National Assembly not to approve the request for the foreign loan, the Federal Government should be advised to collect the several billions of dollars, which the Nigerian National Petroleum Corporation and a number of oil companies have refused or failed to remit to the Federation Account in violation of the provisions of Section 162 of the Constitution of the Federal Republic of Nigeria, 1999 as amended,' Falana said.

He corroborated his claim with reports of various committees and the National Assembly attesting to the huge indebtedness of the NNPC and the private companies to the country.

He also referred to the report submitted to President Goodluck Jonathan by the Nuhu Ribadu-led Petroleum Revenue Special Task Force on November 2, 2012, in which various debts of the NNPC and the companies were highlighted.

Similarly, NRC National President, Alhaji Abdul Ahmed, said in Kaduna on Sunday that the Federal Government should be considerate and sort out Nigeria's topmost national priorities such as revitalisation of the energy sector, provision of critical infrastructure across the board and revival of the agricultural sector to create more job opportunities for the unemployed youth.

He said, 'Non-economists, not entirely surprising, are baffled as to why should our country develop this rather unwholesome penchant to borrow from the same Breton Wood Institutions when we have huge amounts in our foreign reserves accounts and allocate huge amounts in our recurrent expenditures to run the government of the day, instead of capital projects?

'The problem or part of the problem has to do with our cash-oriented mono-cultural economy, for which past administrations introduced several reforms in order to diversify our national economy and de-emphasize the oil and gas sectors as our major source of foreign exchange earnings.'

Falana quoted the Ribadu committee report as saying in part, 'Revenue from gas flaring during the review period was $175m, while the balance outstanding as unpaid was approximately $58m, indicating that $115m had been received by the DPR.

'Our review of the records received for 2002 to 2011 showed an inconsistent pattern in the implementation of the policy to allocate 445,000 bpd to NNPC, with variance found for the 10 years reviewed.

'More so, that the Petroleum Revenue Special Task Force stated in its report that the sum of $5,830,261 was paid into the treasury of government with evidence of payment, while several companies made undertakings to pay at later dates.'