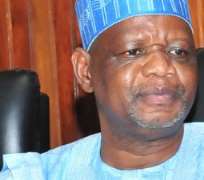 Head of Service of the Federation, Isa Bello Sali

The Federal Government has directed that all outstanding premiums for the 2012 group life assurance scheme should be paid without further delay.

A statement issued on Wednesday in Abuja by the Deputy Director, Press and Public Relations, Office of the Head of the Civil Service of the Federation, Mr. Tope Ajakaiye, said the HOS, Alhaji Isa Sali, gave the directive during a courtesy call on him by the Governing Board of the Nigerian Council of Registered Insurance Brokers, led by its President, Mrs. Laide Osijo.

The HOS, who was represented by the Permanent Secretary (Common Services Office), Alhaji Bukar Aji, acknowledged the important role of insurance brokers in the successful implementation of the group life assurance scheme.

'As a body established by law, the NCRIB will continue to receive appropriate prominence in all issues related to the scheme,' he said.

Sali urged the NCRIB leadership to ensure that all its members operated in line with laid down rules and ensure that beneficiaries of the scheme received prompt payments and were well treated.

Earlier in her speech, Osijo had called on the OHCSF to reverse the order of issuance of appointment letters for participation in the scheme.

She said a situation 'where underwriters receive letters of appointments before brokers may limit the effectiveness of brokerage services, and is not in line with international best practices.'

She also stressed the need for the government to pay greater attention to the insurance of its non-life assets in line with laid down rules, adding that 'if this is strictly adhered to, the insurance industry will be more robust in its contribution to the national economy.'

Osijo said NCRIB was the umbrella professional body of all insurance brokers operating in the country and had been in existence for the past 50 years.