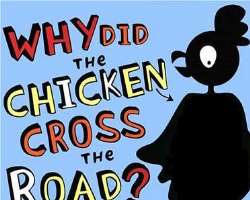 By Emele Onu
Group Managing Director of Global Fleet Group, Barrister Jimoh Ibrahim, has said the revelation that the Central Bank of Nigeria (CBN) printed the N420 billion it recenty injected into five banks in the country has justified his suggestion last year that the nation should print more naira in response to the economic and financial crisis.

Responding to a question at a Town Hall meeting with stakeholders in London on how the CBN sourced the N420 billion it recently injected into five banks in the country, CBN Governor Sanusi Lamido Sanusi said: “We printed money. We created an asset on the balance sheet basically to pump money into the system because money supply had been negative in the first half of the year. We did not borrow money.”

The Global Fleet chief had in July last year while reacting to the global economic meltdown suggested that the apex bank should print more naira. The suggestion was widely criticised and allegedly discarded by CBN under its immediate past governor, Prof. Chukwuma Soludo.

But now, according to Ibrahim, the new CBN governor has “followed the advice and unknown to many, it has quietly gone underground to print more naira”.

After Ibrahim made the recommendation, countries such as the United States of America and Britain printed more money under one form of monetary policy or the other.

In Britain, the policy measure was called quantitative easing, which succeeded in injecting fresh 125 billion pounds into the British economy. In the US, the authorities called it direct intervention.

Reacting to the payments made so far by debtors of the five banks in Nigeria, Ibrahim said the debtors as published by CBN are highly credible individuals who have made meaningful contributions to the development of the economy by taking risks.

He said over 70 per cent of British citizens are bank debtors, adding that one could borrow to support one's business and by so doing, contribute to the growth and development of the country.

Ibrahim commended the Nigerian debtors for the huge repayment programme. He advised them to be courageous and never lose sight of their contributions to the economic sector of the country notwithstanding the challenges, saying “this time shall pass.”

On CBN's printing of more money, the Global Fleet Group GMD welcomed the development, describing CBN under Prof. Soludo as “a stubborn student who follows his teachers' advice at the point of failure”.

He described Sanusi as a courageous gentleman with good intention but stated that there was need for due process in the handling of the post-consolidation banking reforms due process.

Speaking further, Ibrahim said the whole nation was aware when he made the suggestion only for CBN under Soludo to say that such would turn Nigeria into Rwanda.

“Now the reality has shown that the CBN cannot sustain some of its bravadorial behaviour under Prof. Soludo for a long time. The CBN needs to listen to advice and drop low intellectual thinking for superior argument, which cannot be overemphasized,” he added.

Ibrahim predicted that the Federal Government would still print more money but advised the authorities to approach the current “recession”, which the country is undergoing with sound economic policies as opposed to fire brigade approach.

According to him, if we all follow President Umaru Musa Yar'Adua's humility in our approach, the world will be at our finger tips.