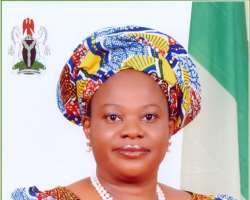 The viewpoint column of Tuesday July 21, 2009 titled,” World Cup, Akunyili and the N8bn question” in a spirited effort to justify why the recent contract to upgrade NTA facilities for the coverage of the FIFA World Cup should be queried or stopped failed to convince. It also fell short of a proper interrogation of the context surrounding the whole NTA upgrade (total replacement of SD equipment with HD equipment) and its necessity. Undoubtedly, the patriotic spirit of the columnist, albeit, that of the few Nigerians he spoke with about the issue was on display and the columnist's sense of frugality in the midst of scarce resources is commendable.

I am however afraid that this is an issue that requires a comprehensive, non-sentimental approach, unbuffeted by undue sentiments and mere suspicion of wastage or deal making. Without understanding the facts and the reality of the situation that informed government's decision, it will amount to blowing hot air and stirring up public resentment against a sincere yet concerted effort at repositioning NTA for proper preparedness to host a global event which offers one of the greatest opportunities to help Re-brand Nigeria in the eyes of the world. South Africa is using the hosting of the 2010 World Cup as a major Re-branding tool and sinking billions into different aspects of her preparations to host the world.

Hence, with regards to the contract for the upgrading and renovation of the broadcast equipment for FIFA World Youth Championship to be held in Nigeria in October 2009, the insinuations and unfortunate inferences that the process for the award of the contract to up-grade and “refurbish” the existing NTA's Standard Definition (SD) Equipment to High Definition (HD) Equipment was devoid of due process or that the contract itself is a waste of public funds may have stemmed from a position of misinformation. It is understandable that it has elicited concerns in certain quarters due to either misunderstanding of the issues involved or the usual perception that there is always 'a deal' in any government business. The other possible immediate reason must be that a few people whose bid failed are unhappy and are peddling inaccurate information. And bringing in the controversy over the sale of the 2.3GHz by NCC is stretching it too far. Before we crucify the NTA or the Ministry for the award of this contract, there is need to understand the real issues involved. Now, here are the facts surrounding the contract.

Nigerians would recall that about two months ago, FIFA's representative, Mr. Jack Warner visited the country for the purpose of inspecting facilities that have been put in place preparatory for the hosting of the Under 17 FIFA World Cup Tournament. That inspection turned out a nightmare because Warner was not impressed and warned that if things didn't get better before his next visit, FIFA would have no other option than to withdraw the hosting right from Nigeria. This came two years after Nigeria was awarded the hosting right of the tournament. It is important to note that the facilities that were inspected involved all media coverage facilities with the attendant modern equipment capable of broadcasting high quality and clear signals to over 2 billion viewers all over the world. For the TV Broadcast coverage, FIFA had stipulated an irreducible minimum requirement, which is digitized Broadcast System that deploys High Definition System (HDS). Incidentally, all the TV stations in Nigeria still operate the Standard Broadcast System. This called for immediate action. It was as a result of this lapse in TV coverage and other issues that FIFA representative warned after his second visit in June 2009 that Nigeria stood the risk of losing the hosting right if things were not put in their proper shape. The world will not lower her standards because Nigeria has economic difficulties. FIFA standards are international and non-negotiable. A country unwilling or financially incapable to meet the FIFA standards in the first place has no business applying for hosting rights. Towards meeting an international obligation and doing all that is necessary to showcase Nigeria, NTA took necessary steps and acted in the best interest of the country.

NTA immediately put in motion the process to replace their systems. Tenders were called for by NTA through selective tendering as this is a specialized area, and pre-qualified by NTA experts. The two manufactures that were pre-qualified were Thomson ACS, a UK based company and WTS/Sony Nigeria Limited. The pre-qualified manufactures were requested to send in their bids which were subsequently evaluated in accordance with the laid down procedures and criteria. It is instructive to note that in all these processes, NTA was directly involved in the 1st and 2nd pre-qualification. After detailed studies and evaluation a recommendation was made by the NTA management to the Bureau of Public Procurement (BPP). After thorough examination of all issues involved, including technology, financing, conditions, price, and legal, the BPP did the final selection of the winner at the total cost of N8.2 Billion and issued a certificate of “No Objection” in favor of Mssrs. WTS/SONY and forwarded such to the office of the Honourable Minister for presentation to the Federal Executive Council. This is because it is the responsibility of the FEC to rectify and give final approval for implementation. This was what the Honourable Minister of Information and Communications did on July 15th, 2009. It is the conviction of government that WTS/SONY has given the best technical and financial package and will perform creditably and on time too to avoid any embarrassment the possible withdrawal of the hosting right could cause the country.

The detail of the Project involves (1) Up-grade and refurbishment of six Outside Broadcast (OB) Vans with 10 Camera from Standard Definition to High Definition (HD) (2) Up-grade and refurbishment of International Broadcast Centre (IBC) from Standard Definition to High Definition (HD). (3) Supply of six fly away kits. (4) Supply and refurbishment of the 9-metre Main Satellite HUB at the National Stadium, Abuja. What this means is that all Standard Definition Equipment in the OB Vans and International Broadcasting Centre will be completely stripped and replaced with Brand new High Definition Equipment. The only items to be refurbished are the OB Vans because building new ones would take more time, considering the time frame. It is also important to note that WTS/SONY gave favourable favourable and which involves 15% down payment by NTA and 85% to be financed by the Contractor through loan arrangement, payable over a period of two years with 5% interest rate and 3 months moratorium. Sony is also certified by FIFA. Sony is already negotiating with FIFA on behalf Nigeria (NTA) to lease the HD OB vans for FIFA 2010 to South Africa. If this happens, NTA will generate additional revenue. Already, Sony is providing for FIFA 2010 World Cup in South Africa. The NTA has also articulated its strategy for the loan pay back which include N2.8 Billion grant from the LOC, funds from Advertisements during the tournament, leasing of the facilities to other Broadcasters and Budgetary provisions for 2010 and 2011.

NTA had in the past hosted similar events such as FESTAC 77; 1980 Cup of Nations; 1999 FIFA Under-20 World Cup Football Competition; Ghana/Nigeria 2000 Africa Nations Cup and the 8th All Africa Games. The position of the Ministry is that with or without FIFA, NTA needs upgrading and this is a fact that everyone knows. Furthermore, if neither NTA nor AIT meets FIFA requirements, the World Soccer governing body has the right to give the hosting right to an outside broadcasting outfit. The overriding national concern and interest here is to ensure that the hosting right stays with Nigeria-to NTA or AIT and not an outside broadcaster. The argument holds that if the government succeeds in upgrading the NTA facilities and AIT still the hosting right, NTA will be in a position to assist them. By the same token, if NTA gets the hosting right, AIT can support NTA.

The argument that the country uses standard definition (SD) signals and the bulk of TV sets can only receive standard signals in Nigeria fails to take into cognizance two important considerations. First, that there is a global trend towards full digitization of broadcasting leading to pure High Definition, HD signals by 2015. In line with these, most governments have set a firm date for full implementation. Nigeria has set 2012 as the change over date. Secondly, Nigerians alone will not be the ones watching the World cup. This is FIFA World Cup and millions of soccer fans will tune in to watch from hundreds of cities across the globe on SD or HD. Today, virtually all sporting events coming from outside Nigeria are transmitted on High Defination format and time is running out for NTA, first in Africa, established 50 years to join the HD club.

Expectedly, in the case of NTA the Ministry was not involved in the pre-selection or selection of any contractor. To insinuate otherwise is to deliberately distort the facts and a calculated attempt to drag the name of the Honorable Minister into undue and unwarranted controversy. Finally, the attempt to link or compare the NCC 2.3GHz to the NTA contract issue signposts how desperate some individuals can be in their attempt to tarnish the image of the Hounourable Minister. It is not enough to raise doubts about due process not being followed without supporting such allegations with verifiable facts. Such weighty allegations must be based on facts.

Sunday Dare is the Senior Special Assistant to the Hon. Minister of Information and Communications.