Is Andy Ubah Governor In-Waiting Or Waiting To Complete His Tenure? 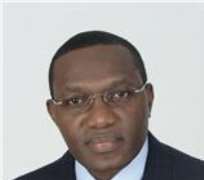 For more than two [2] years now, Andy Ubah has shown great courage in pursuit of what he believed in -political justice with respect to his mandate. Having stood for Governorship election on the platform of Peoples Democratic Party [PDP] in Anambra State on April 14, 2007, Independent National Electoral Commission [INEC], declared him winner of the election in question, just as other contestants emerged in the remaining Thirty Five [35] States of Nigeria. He was sworn in as Governor on May 29, 2007, in accordance with constitution of the Federal Republic of Nigeria. Thereafter, he discharged his function as the executive governor of Anambra State for Fourteen [14] good days. The point being made here is that from May 29, to June 14 2007, when the Supreme Court ruled that Peter Obi had not completed his tenure as governor, Andy Ubah was the Governor of Anambra State. In some quarters he is even referred to as two weeks governor.

On account of the above fact, Andy Ubah cannot be referred to as Governor-in -waiting, otherwise, the court should be approached one more time to know the status of Anambra State when Andy Ubah held fort as the governor. The report that Ubah has approach the court, this time for him to be declared Governor in waiting to take over from Peter Obi after March 17, 2010, if it is true, may amount not only as an exercise in confusion on the path of Ubah but a clear attempt at denying himself a running mandate, freely given to him on April 14, 2007, by the people of Anambra State. Before Supreme Court declaration on June 14, 2007, that Ubah should vacate office for Peter Obi to complete his tenure; the same Supreme Court said on the day Peter Obi and Rasheed Ladoja, approached the court as to their mandate, that if there is merit on their matter, justice will be done. The statement, if correct, shows that Supreme Court was approached directly by Peter Obi in respect of section 180[2] of the constitution. That is, the case did not proceed from lower court to Supreme Court. However, if the case started from lower court, it means Peter Obi was in court before the general elections of 2007. On the other hand, if Obi approached the Supreme Court as to his mandate, after the election, the question is, was his case not status barred?

If Obi was in court immediately after he was sworn in respect of section180 [2] of the constitution; his case would have stopped in the appeal court as the constitution of Nigeria instructed, as it was still election matter. It is impossible to talk of tenure in isolation of election. Even if allowance is given that justice demands that he, [Obi] spends four [4] years from the day he was sworn in, the judgment by Abuja High Court before the general election of 2007, that nobody can stop the general elections, made the election of Ubah in Anambra State constitutional and existing. The fact is that National Democratic Party [NDP] in their attempt to stop the conduct of 2007 general elections went to court over INEC's violation of the provisions of the 2006 Electoral Act, as well as constitutional provisions in respect of the elections. It is on record that the court ruled that NOBODY can stop the elections of 2007, as it was constitutionally provided. It is equally on record that nobody challenged the ruling of the court, not even Obi. It is still a puzzle that nobody took notice of this fact in the case of Obi Vs INEC.

What makes the case of NDP Vs INEC very interesting is the fact that the grounds on which NDP approached the court were two; violation of Electoral Act and constitutional provisions, and Obi's ground of continuing in office is also hinged on constitutional ground. If NOBODY can stop the elections of 2007, INEC's constitutional violations notwithstanding, according to the ruling of Abuja High Court, which was not challenged by anybody, was Supreme Court right to have granted audience to Peter Obi in the first place? The point this writer is making is that it is dangerous for Nigerians to engage in selective justification of electoral issues. We all know that arising from the victory recorded by the former Vice President, Atiku Abubakar in the court over his disqualification by INEC, other contestants that were disqualified before Atiku's case, benefitted from his victory. That was why the elections tribunals ordered for re-run in states where candidates were wrongfully excluded from governorship elections. If this is so, Obi's case should have been thrown away by the Supreme Court because an Abuja High Court declared before the general elections that cases against INEC in court, CONSTITUTIONAL or otherwise, cannot stop the general elections from going on, see National Democratic Party [NDP] Vs Independent National Electoral Commission [INEC]. Arising from the judgment in NDP Vs INEC, the question is, why did Supreme Court pronounce that there was no vacancy in Anambra State on the account that Obi's tenure has not ended?

It is very certain that any election that takes place in Anambra State in 2010 may be unconstitutional because the process of elections as constitutionally provided, will be impossible to meet now. For instance, which electoral act will be used by INEC to conduct the election? The electoral act of 2002 or that of 2006, considering the fact the election in question is not a bye-election or a re-run of 2007 election. How would the election be financed, would there be budgetary provision for the election of 2010 in 2010 appropriation by the National Assembly? If so, when will 2010 budget come into effect? This question becomes imperative because it is obvious that fresh electoral act will be used for the 2010 election in Anambra State, and unless there is supplementary budget from National Assembly for INEC to embark on necessary work towards the electoral act that will herald 2010 governorship election in Anambra State, the whole exercise may amount to chasing after the wind. What about the date of the election? Who is sure when litigations in respect to many issues that may crop up as 2010 approaches, will be conclusively resolved.

One very important fact that should be known to all is that there will be avalanche of litigation in Anambra State before the conduct of the election, and which court will handle this scenario, should it occur, how will it be settled? It should be born in mind that before the elections of 2007, various interests sought to stop the election, and court ruled that NOBODY can stop that elections based on its constitutionality. It is on the basis this that elections took place, Andy Ubah won in Anambra State, sworn in as governor just like other governors. Two weeks later, Supreme Court asked him to vacate office for Peter Obi. It must be noted that if the claim is that Obi was in court as regards his tenure before the elections of 2007 and so the governorship election should not have taken place. The answer here is [1] In this instance, anything that has to do with tenure of governor ends in Appeal Court as provided by the constitution [2] the ruling of Abuja High Court on NDP Vs INEC clearly showed that Obi has no business going to court in the first place, because the pronouncement of the court cleared the ground for the 2007 general elections. There is no doubt that Ubah is governor waiting to complete his tenure, not governor in waiting as reported, and nobody can wish away the election that brought him to power. What Andy Ubah's Peoples Democratic Party [PDP] should do now is to go back to Supreme Court and present the fact that INEC was not in error when it conducted governorship election in Anambra State as every Nigerian could see in NDP Vs INEC, where it was held that NOBODY can stop the conduct of 2007 general elections in Nigeria. Ubah should be urged as a matter of sacrifice to the sustenance of Nigeria democracy, to take over from Obi on March 18, 2010 and complete the tenure in 2011, so as to bring back our tottering democracy. This is the only way out; any other option is tantamount to courting disaster.