Ibori: EFCC Has Failed To Prove Cases Against Me 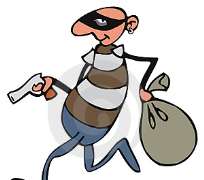 By Victor Efeizomor, Asaba
Former Delta State Governor, Chief James Ibori, has said the Economic and Financial Crimes Commission (EFCC) has failed to show in any way, and in all instances, that any offence has been disclosed against him.

In a motion on notice filed at the Federal High Court, sitting in Asaba, the Delta State capital, Ibori, through his counsel, Mr. Austin Alegeh (SAN), said: “That in other words, the accused persons are not linked to any of the allegations made in the 170-count charge”.

He said: “Actually, this is at the heart of the application; that what EFCC has done so far is to claim that Ibori or his associates may have moved money, but so far failed to show how the accused persons moved any money from a particular bank to another, the dates of such movement, from which bank account to another.

“That in particular, as all but one of the counts are based on Money Laundering Charges, it is vital that the prosecution disclose, prima facie, the illegality of the said sums. In other words, it must show the predicate offence of corruption allegedly committed by the 1st accused or any of the other accused persons.”

Alegeh's motion rested on three main planks: One, that none of the counts disclosed a prima facie case against any or all of the accused persons (Ibori or any of his co-accused); two, the accused persons are not in any way linked to the offence of money laundering as charged by prosecution; three, constitutionally, the charges are incompetent as they constitute Delta State business or affairs of state which the Federal Government of Nigeria or any of its agencies such as the EFCC is incompetent to inquire into.

Alegeh therefore averred that “the prosecution has not been able to meet this vital requirement because such illegality or proof of corruption does not exist, prima facie or at all, on the face of the documents annexed to the charge”.

Moreover, the application submitted that the “EFCC (a Federal agency) is constitutionally unsuited to inquire into the allegations of corruption by or against functionaries of a State Government, hence its inability to provide cogent materials upon which to hinge a proper trial.

“That the prosecution herein attempting to fulfil that requirement had supplied voluminous proof of evidence in a bid to show that these materials upon which the case was predicated, but that after critically perusing these documents which include statements of prosecution witnesses, names of prosecution witnesses, documentary evidence and statements from the accused person, it is apparent on the face of the said documents that no offence has been disclosed against any of the accused persons.”

He classified all the 170-count charges against Ibori into “13 clusters” for ease of reference, all said to be punishable either under the Money Laundering (Prohibition) Act of 2003 or that of 2004, adding that in the application, the EFCC had failed to show in any way, and in all instances, that any “offence has been disclosed against any of the accused”.

The filing and adoption of briefs by counsel to both parties will hold on the adjourned date of August 6, 2009