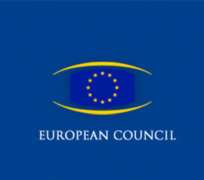 BRUSSELS, Kingdom of Belgium, October 16, 2012/African Press Organization (APO)/ -- Catherine Ashton, the High Representative of the European Union for Foreign Affairs and Security Policy and Vice-President of the Commission, made today the following statement:

"It was a great pleasure to meet President Joyce Banda of Malawi today.

I congratulated the President for her victory in the elections and underlined how this is an encouragement for women in Africa. I recognised her commitment to social justice, human rights and in particular women's rights.

I encouraged President Banda to maintain the government's ambitious new policies to stabilise the economy and set the course for long-term sustainable economic growth. I particularly acknowledged the political courage she has shown in doing this - notwithstanding the risks involved.

I also congratulated her for the decisive action taken to re-establish political freedoms and human rights, in particular the repeal of the law restricting media freedom.

President Banda thanked the EU for the support it has given since she took office. She underlined her government's commitment to work for sustainable development and a society where human rights and personal freedoms are respected."