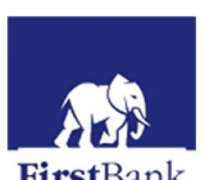 By Linda Eroke
A fresh conflict may be brewing between the Trade Union Congress of Nigeria (TUC) and First Bank of Nigeria Plc over planned lay-off of some 450 members of staff.

TUC has warned against retrenchment of workers in the ongoing restructuring exercise in the bank.

But a source at the premier financial institution who spoke on condition of anonymity denied the retrenchment news, saying it is undergoing a rationalisation exercise that would create room for employees to retire voluntarily.

The source declined quoting a figure. He simply stated that “all I know is that First Bank is about to carry out a rationalisation exercise that could lead to voluntary retirement of some workers".

TUC disclosed that it was informed of the exercise through one of its affiliates, the Association of senior staff of banks, insurance and financial institutions (ASSBIFI).

In a letter to the bank, the union said that the plan is counter productive and would therefore be resisted by labour.

TUC explained that the current financial crisis in the country which has its root in poor risk management practices by banks, created the major issues that culminated in high non-performing loans in the system.

The congress argued that the crisis was not caused by workers and as such should not be made to bear the brunt.

“We are obliged to write and reject the proposed exit of over 450 staff of the First Bank Plc as reported to us by one of our affiliates namely the Association of senior staff of banks, insurance and financial institutions (ASSBIFI).

“While we view the exercise as such that would be counter productive, it is on record that the current financial crisis in the country was not caused by workers, but has its root in poor risk management by the banks, which the Central Bank of Nigeria (CBN) put in perspective, created the major issues that culminated in high non-performing loans in the economy.

“We in particular urge your management to organise stakeholder forum embracing officials of your bank, the trade unions, CBN, and the Federal Government, where critical issues affecting the fortunes of the bank could be deliberated upon, and better solutions proffered,” it stated.

The union urged the management of the bank to adopt a more scientific and humane approach to moving its organisation forward. It warned against creating a situation that could threaten the existence of the bank.

Meanwhile, Acting National President of ASSBIFI, Mr. Sunday Salako, said that the association had stressed the need for the Federal Government to insulate the financial system from the negative impacts of the financial crisis.

He regretted that the union's call fell on deaf ears as the CBN and the Nigerian Stock Exchange (NSE) consistently assured the country that the global crisis would not affect the financial system.

“ASSBIFI believes that the financial sector is crucial to driving any national economy, which productive labour is critical to this process.

Thus, if workers are to lose their jobs, they must have other means to productively contribute to the national economy. This is what the law provides for through redundancy package. Any company that violates this provision shall receive the full wrath of workers' resistance,” he stated.

Salako, who emphasised that employees are the first casualties of any economic crisis, called on TUC and the Nigeria Labour Congress (NLC) to mobilise workers for massive rallies and campaign to protect their jobs.