The Meeting to premiere at Oriental Hotel 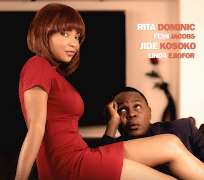 The details of one of this year's most highly anticipated productions The Meeting has been revealed. The world premiere is expected to be attended by not only the stellar cast but also the glitterati of Nigerian cinema, entertainment and fashion as well as government officials, dignitaries, leading business people and journalists will be held at Lagos Oriental Hotel on Friday 19 October 2012.

and the following after party are both meticulously planned by one of Nigeria's leading party planners Elizabeth R.

The premiere will be hosted by Basorge Tariah, also one of the actors of The Meeting, while the guests will be serenaded by Nigerian singer Waje famed for her 3-octave voice who recently released brand new single “Oko Mi” and the previously leaked heartbreaker “I Wish” off her upcoming eponymous album album WAJE [Words Aren't Just Enough].

A MORD Pictures production for Audrey Silva Company directed by Mildred Okwo and produced by Rita Dominic and Mildred Okwo and superbly co-written by Tunde Babalola and Mildred Okwo, The Meeting is a romantic comedy set in Abuja following the trials of Lagos-based corporate executive Makinde Esho who finds himself at the mercy of political patronage, bureaucratic red tape and Cupid's arrow while in hot pursuit of a 'meeting' to secure government contract.

With a stellar cast and a riveting storyline, which cuts across all segments of the Nigerian society, The Meeting is set to be this year's blockbuster.

While invites will be sent out shortly, do check back The Meeting website and social media for more exciting details about the premiere, confirmed