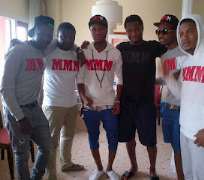 Super Eagles and Chelsea FC midfielder, John Mikel Obi has not never hidden his love for music. It is practically seen whenever the footballer is not on the field of play for both his country and club, he listens to music from his devices with his headphone.

The Jos, Plateau State-bred footballer has taken his love for music to another by floating his own music label. As we were informed by an industry source, Mikel now owns new record label named Matured Money Minds (MMM). This was recently established and is fully in control of his younger brother, Patrick.

MMM already has about four artistes. They are; Splash, Kido, Edgar and Charass. We learnt that the artistes already have their songs and full promotions are in the pipeline to promote and make then rub shoulders with the biggest artistes in the music industry in Nigeria.