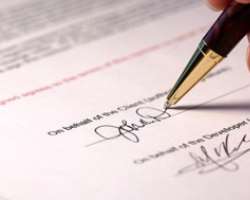 The Implementation Committee of the Presidential Amnesty for Niger Delta Militants Friday released the details of the amnesty, putting the effective implementation of the 60 days commencement of the initiative to August 6, 2009. It is scheduled to end on October 4, 2009.

It also revealed that the leader of Movement for the Emancipation of the Niger Delta (MEND), Henry Okah, who is undergoing trial in Jos, will remain in custody until President Umaru Yar'Adua briefs the governments of Angola and Equatorial Guinea, who were involved in his extradition to Nigeria, of the amnesty details.

The Committee said emphatically that “there is no cash for arms.”

At a Press conference by the chairman of the Presidential Committee on Amnesty for Niger Delta Militants, Maj Gen Godwin Abbe, along with Chief of Defence Staff, Air Chief Marshal Paul Dike, Inspector General of Police, Mike Okiro, chairman of the Implementation Committee, Air Chief Marshal Paul Dike, chairman of the Implementation Committee, Air Vice Marshal Lucky Ararile, Media Coordinator of the Committee and Presidential Adviser to the President (Media and Publicity), Mr Olusegun Adeniyi said that when the amnesty proper begins, militants are expected to surrender their arms at specific collection centres after which demobilization and re-integration/rehabilitation will follow.

Each militant is expected to indicate to the Committee the rehabilitation of choice- whether to go to school, acquire skills, get employment or engage in private business.

Gen Abbe also said that all the three tiers of government, including the oil companies, National Poverty Eradication Programme (NAPEP), Petroleum Development Trust Fund (PTDF) and the Ministry of Niger Delta will be involved in the rehabilitation of militants who take advantage of the amnesty.

Mr Adeniyi explained why the release of Mr Okah would not be with immediate effect, saying that President Umaru Musa Yar'Adua is sending envoys to Angola and Equatorial Guinea, two nations that were instrumental to his extradition to Nigeria, of the amnesty offer to militants including Mr Okah.

It is believed that the militant leader travelled to Angola through Equatorial Guinea. And in the run up to Mr Okah's extradition to Nigeria, President Yar'Adua met and discussed with both nation's President's.

The Presidential Spokesman said that courtesy demands that President Yar'Adua inform both leaders.

Gen Abbe added that “all the militants who are being tried will benefit (from the amnesty). But as affecting Okah, you'll recall that he was extradited from an African country back home. And it behoves on Nigeria to continue with the diplomatic relations by keeping them posted as to the decision to grant all of them amnesty. And until this process is over it will be difficult to determine the exact date. But certainly, he is benefiting from the amnesty. And that applies to others you are aware of.”

He stated that “between 6th of August and October continuous discussions are on with the leadership of the militants, modalities affecting how they will turn out in various locations are on. But if they are militants who out of burning patriotism decide to surrender even now, nearest police station to their operational basis have instructions to receive them. Sponsors of militants who had indirectly assisted or supported militant activities in the creeks are also to benefit from the amnesty deal. This is a long process and so you will discover that whoever mentioned N50 billion was only projecting. It will be more expensive than that; it will cost more.”

Gen Abbe also said that “for now, if any militant decides to surrender his/her weapon today, the police station nearest to their operational base have been designated. And they will be received and acknowledged, following some procedures.”

Chief of Defence Staff, Air Chief Marshal Paul Dike said that there is no problem with the conduct of the troops of the Joint Task Force (JTF), during the amnesty period as “we have briefed the leadership of the JTF for them to understand what the amnesty stands for and the JTF will respect all the conditions contained in the amnesty that was proclaimed by Mr. President. When an amnesty is granted I want to assume that both opposing sides will understand what it stands for - evasion of hostilities. The JTF will obey all the conditions laid out for the amnesty, but in the face of hostilities, will only respond if attacked.”

On possible withdrawal of the JTF from the Niger Delta, Air Chief Marshal Dike said the Task Force was “established for a purpose to ensure peace and security within the Niger Delta region. And once that objective is achieved, the JTF will fizzle out. But it is important for continue to recognize that military formations will continue to exist in the Niger Delta.”

Inspector General of Police, Mike Okiro, in his remarks, stated that four prominent militant leaders have been in contact with the amnesty panel and are ready to take up the offer. He added that he was indeed headed for Port Harcourt to receive some of their arms.

“You must have watched the news some days back where they have accepted the amnesty by the government and are ready to lay down their arms. In fact one of them, Solomon, has said he is going to surrender his arms today. In fact after this briefing I am going to Port Harcourt to go and collect some of the arms from them, so some of them have been in touch and ready to embrace the amnesty.”

On the specific rehabilitation programmes for the amnesty, AVM Ararile noted that “the process is actually in three phase. The first phase is the collection point. From the collection point, they will go to what is called the re-integration centre where the demobilization and the reintegration process will be done. The reintegration process involves sorting out the ex-militants into their areas of interest – those who want to go to school will be given the opportunity of doing so; those who want to go into businesses will be assisted to do so; those who want to go for vocational training will be assisted to do so. That part of the programme is a long term one and not within the 60 days ultimatum we are talking about. The Ministry of the Niger Delta is working on the package and how it will be implemented with collaboration of agencies like NAPEP, PTDF, even the major oil companies are involved in the whole process.”