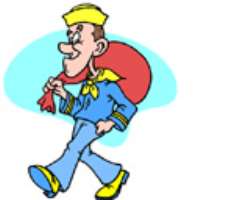 Even as controversies continue to trail the signing of a Memoranda of Understanding [MoU] between the Nigerian Governors Forum [NGF] and the University of Harvard, the governor of Bauchi state, Mallam Isa Yuguda has thrown his weight behind the project, saying that 'there is nothing like capacity building when it comes to management'.

Earlier in the week, Edo state governor, Mr. Adams Aliyu Oshiomhole dissociated himself from the MoU signed by the NGF with the Harvard.

This comes on the heels of his defection to the Peoples Democratic Party, a move which comes to very few as a surprise. The governor who will formally decamp to the ruling Peoples' Democratic Party [PDP] tomorrow, as President Umaru Musa Yar'Adua is expected to hand over the party's flag to him.

'When you are elected as a governor, you are supposed to govern a state and not all of us are prepared for the job. Even those of us who are prepared for the job of governance, we need to add to our capacity. There is nothing like capacity building when it comes to management. So, training and re-training is the secret to success in any work environment.'

He also underscored the need for every developing nation to tap from the United States of America being the only world power now.

Yuguda said that the visit of some governors to the American institution helped in changing the perception of the international community about Nigeria, noting that some former public officers where at both the Harvard university and the White House to run down the Nigerian government.

His words: 'Let me give an example, Ribadu was in the US at the time we went and they had a lobby group together with El-Rufai and they paid them. You can only have access to US Congress through a lobby group. This afforded Ribadu the opportunity to go and address them on corruption in Nigeria and this to me is like piercing yourself with a knife and he was supposed to go to Harvard and give a lecture.

'So, our presence in Harvard and before the Head of Political Science made him to have a different vision from what had been said concerning Nigerians. To the average person there, we are still the crooks and the 419. Harvard training will add good image to our country.'

Meanwhile there are strong indications that the governor is making serious consultations with his other political gurus especially from Katagum zone to pick his new brand Deputy Governor should the present occupant, Alhaji Garba Muhammad Gadi failed to survive the impeachment process planned against him.

The Present Deputy Governor, Alhaji Garba Muhammad Gadi who has been an ANPP strong fold for long has refused to join the defected train led by Governor Yuguda back to PDP, a development the government is considering as unbearable and uncomfortable hence the move to impeach him.

Top on the list of the strong politicians eyeing for the seat of the Deputy Governor includes the former gubernatorial candidate of PDP during the last general election, Alhaji Muhammad Nadada Umar now Director General Small and Medium Scale Enterprises, the present Speaker of the state assembly, Hon Babayo Garba Gamawa, Minority Leader of the assembly, Hon Auwal Jatau. Others are Hon Auwalu Gwalabe representing Katagum Federal constituency at the national assembly who has been tipped long ago by his people to be the second in command in the state and Alhaji Tasiu Muhammad one time chairman of katagum local government.

Although both the state government and the state assembly in several interviews have denied any move to impeach the incumbent Deputy Governor, but there are strong indications that the deputy governor may not last long in office as strategies have been set in motion for his successful impeachment. Last Thursday the state chief Judge, Justice Sabo Sulaiman Darazo has set up an seven man panel under the chairmanship of Barrister Babayo Abdu Malle to investigate gross misconduct labeled against the deputy governor following a formal request from the Speaker of the state house of assembly, Hon Babayo Garba Gamawa.

The Deputy Governor is accused of collecting estacodes twice on a same trip abroad where he was said to have collected N2.4million from Ministry of lands and Survey when he served as its commissioner and collected another $33,600 from the Deputy Governor's office. Similarly the state assembly is accusing the Deputy Governor of approving N2.2m in December last year as his night traveling allowance (NATA), given approval for the payment of N112m for Agricultural activities from the Ministry of Poverty alleviation and aiding in payment of N8m to Mardan Nigeria Limited for the construction of a new account office at Ministry of Education headquarters which are all beyond his power.

A member of the state assembly who pleaded for anonymity told LEADERSHIP that majority of the members are anxiously waiting for the outcome of the investigation panel report that will pave way for the impeachment of the Deputy Governor provided he is found guilty from all charges labeled against him. “We are not after the deputy governor but at the same time we would not bend our rules because of personal interest, we want to be fear to everybody, just let us wait for the outcome of the report”

Meanwhile a concern group has expressed its fears over the plan move to impeach the embattled deputy governor. The leader of the group who led a delegation to the state assembly, Comrade Adamu Muhammad Bello urged the house to salvage the good image of the house and that of the state by not succumbing to influence from few individuals that are after bringing confusion in the state.