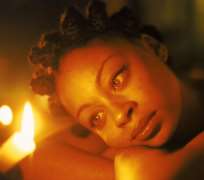 Why Did I Have to Hurt Like This? Reshaping Your Understanding of God. This is Part 2 in a 3-Part Series on Overcoming Life's Hurts as written by Cindi McMenamin in her book: When a Woman Overcomes Life's Hurts. Why did I have to hurt like this?" It's a question we often ask to try to make sense of God and our pain. It's a question Sharon has often asked, while trying to make sense of the physical abuse, incest, and other horrific events that accompanied her childhood. Feeling for years that God hated her, Sharon buried her pain deep inside and blamed a god she believed was just like her angry, abusive, manipulative father.

"I had a love-hate relationship with God," Sharon told me. "I wanted Him to help me, but I saw Him as mean and cruel and looking down at me with His finger pointed at me. I had a lot of faith, but I also had a lot of anger. There was a disconnect between my belief in God and what God looked like on a daily basis." Finally, Sharon admitted, "I had to believe in a God so different from the One I believed Him to be; I had to believe that the good God was real and the bad god was a lie." And she did that be reshaping her understanding of who God is.

In my newest book, When a Woman Overcomes Life's Hurts, I point out that a crucial step toward healing and wholeness is to "Reshape Your Understanding of God” because He is unlike anything you've encountered before. You can reshape your understanding of God by getting into His Word and discovering, as Sharon did, that: God isn't one who considers us "bad" but One who said in His Word: "I have loved you with an everlasting love" (Jeremiah 31:3).

Is it possible that, through your hurts and heartaches, you have perceived God as being very different than He actually is? Maybe you haven't done that intentionally. Perhaps, like Sharon, you just put a face on Him that resembles someone who has hurt you. Many women, like Sharon did, tend to believe that God is very much like their earthly father. Therefore, if they had a father who was angry, abusive, absent, disapproving, or just emotionally uninvolved, they tend to see God as the same way. But the only way we can let God heal our hearts of the hurt we've experienced is to understand and get to know Him as He really is. As Scripture says He is.

Once she knew the truth of Who God is, Sharon knew she could trust Him with healing her heart. Even if your wounds aren't as intense as Sharon's it does not make them any less painful to you. So I want to encourage you to take some of the steps Sharon took to find what she ultimately found – perfect love from a good and caring God, peace and contentment from the pain and confusion, and the real transformation that comes from being willing to say, "God, I trust who You are and believe You will make me into the person You want me to be."

Sharon's process of healing looked like this: 1. List what’s still lingering inside of you - Sharon began recording in journals the events in life that she remembered had caused her pain. It was a way she processed through it...not in an attempt to understand it, but as a way of getting it out. As she “got it out by writing it out” onto paper, it was as if God was stripping the pain out of her heart at the same time and putting it somewhere else. If this is something you’re ready to do, take time, perhaps every morning, to sit and just write in a journal what God leads you to write – memories that still plague you, offenses that come to mind now and then, what you’d like to forget, but can’t seem to. As you write them out, tell God you want them out of your heart and mind as well. Release the power that they might have on you by recognizing that God’s power is even stronger to redeem them into something good.

2. Look to Scripture to reshape your understanding of God: What have you believed about God that isn’t true? Have you believed He is Someone who has punished you through the pain in your life? Someone who judges you and waits for you to mess up? Someone who is aloof and doesn’t really care? Or, do you rightfully believe He is Someone who is intimately acquainted with all your ways and loves you beyond reason? Go to the Scriptures with an open mind to receive the truth of Who God says He is. As you let the Word of God replace the lies, you can begin to live and operate in the truth. A good place to start is in the Psalms – the Bible's songbook, written by many who felt the same way you might be feeling right now.

3. Let God examine you and show you what needs to go: Sharon says before she started writing things down “Everything in me was empty and God had to rebuild this woman.” But, she said, “Those are the moments I cherished more than anything – those moments when I said ‘God, just work on me. I don’t need a man in my life. I don’t need certain blessings, I just need You to make me clean.’” A large part of Sharon's healing process involved praying to the true God of the Scriptures and asking Him to heal her in every way, using Psalm 139:23-24 as a guide: "Search me, O God, and know my heart; Try me, and know my anxieties; And see if there is any wicked way in me, And lead me in the way everlasting."

"My goal was for God to search me and strip out everything in me that was not good, that was damaged, that was wounded." Sharon is whole today because she sought the true God of the Scriptures and asked Him to apply to her the cleansing power of His Word. She didn't assume she was beyond repair. Nor did she assume she was well enough to function on her own. She wanted to be whole and complete in God's eyes. "The reason I have a life today and I can breathe is because at every turn I asked God to make me well. If I couldn't get well, I couldn't touch anybody; I couldn’t minister to anybody, I couldn't help anybody." Today Sharon projects a hope and a passion for life and is directly involved in helping others find the healing power of the Lord Jesus Christ and His Word. That is God's transforming presence – God's healing – in her life. Get into God's Word and find out who He really is. You may find that it makes all the difference in the world when it comes to your healing and wholeness.