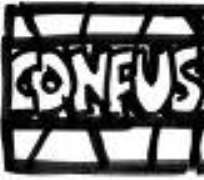 
By Yemi Adebowale
Barely 14 months after the termination of the concession of the Aja-okuta Steel Company to Global Infrastructures Holding Limited owned by Indian businessman Pramod Mittal, the federal government is surprisingly looking in the direction of his older brother, Lakshmi, to salvage the steel complex.

It was gathered that the Attorney General of the Federation and Minister of Justice, Michael Aondoakaa on March 7, met with officials of ArcelorMittal Limited to discuss the way forward for the Ajaokuta steel plant that has failed to operate at optimal capacity since its construction by the Russians in the 1980s.

According to documents made available to THISDAY, it was on the basis of that meeting in London that Sudhir Maheshwari, a Group Management Board Member of ArcelorMittal Limited prepared a report to Aondoakaa on how to salvage Ajaokuta.

“The report highlights that it would require a complex solution to get Ajaokuta operating again. The estimated capital requi-rement to restart Ajaokuta would be in excess of $950 million.

“This amount combined with the steel making capacity of Ajaokuta of only 1.3Mtpa would be unfeasible.”

However, ArcelorMittal suggested that a viable start-up of Ajaokuta could be achieved through co-operation between the public and private sectors.

It said this would involve the co-operation of a number of specialized private sector companies as well as full support from the federal government in terms of substantial tax concessions and infrastructure development.

ArcelorMittal's letter further recommended a phased approach to Ajaokuta's re-commissioning “which includes starting up the economically viable rolling mill followed by a process of outsourcing non-core activities and restarting the full plant over a period of five to six years.”

It reads further: “The current economic challenges have had a devastating effect on not only the banks, but on the real economy globally.

“No sector has been immune to the crisis, including the steel industry which has witnessed an unprecedented drop in steel demand and prices.

“This has resulted in companies, such as ours, having to reduce our output by as much as 40 percent.

“This environment places additional pressure on the viable re-commissioning of Ajaokuta and subsequently the timing of this project should be carefully considered.”

Further confirming that the federal government is in talks with ArcelorMittal, an official of the Ministry of Solid Minerals and Steel Development informed THISDAY that discussions with the company with respect to Ajaokuta were exploratory.

He said nothing concrete had been reached with ArcelorMittal and that the ministry's primary focus was on keeping Ajaokuta and the National Iron Ore Mining Company (NIOMCO) at Itakpe operational.

“A committee is working on how to ensure that some of Ajaokuta's rolling mills are kept operational so they will not rot away. But of course all this is subject to the availability of funding from the federal government.”

On how the public would react to the possible re-entry of another member of the Mittal family running Ajaokuta in the foreseeable future, the official said the older Mittal is recognised worldwide as the one with the expertise and resources to turn around a plant like Ajaokuta.

“As you are aware, Lakshmi owns the largest steel manufacturing company in the world.

“He operates on a different level from his younger brother, Pramod whose company Global Steel failed to pay for Ajaokuta under the privatisation process and still made no meaningful impact when it was concessioned to him.”

The federal government had in April last year sacked Pramod's GIHL from Ajaokuta citing a number of irregularities in the concession and management of the firm.

The administration of former President Olusegun Obasanjo had sold the Delta Steel Company (Aladja) to GIHL and granted the same company the concession to run the Ajaokuta Steel Company and NIOMCO.

The deals were allegedly sealed in a manner that was said to be far from transparent which led to controversies and petitions that were forwarded to President Umaru Yar'Adua.

Obasanjo is believed to have been influenced into giving both steel plants to GIHL by his estranged son, Gbenga Obasanjo.

Eventually, government, through the Ministry of Solid Minerals and Steel Development, set up an administrative panel of inquiry led by Magaji Inuwa, a former Chief Executive Officer of Ajaokuta Steel Company to look into the allegations leveled against GIHL.

The panel, in its report to the government, recommended the immediate termination of the concession agreement, saying that it was not meant to benefit the country from the onset.

The decision to cancel the concession for Ajaokuta has been challenged by GIHL which is in arbitration with the federal government in the UK.