MOVING FORWARD REQUIRES LETTING GO OF THE PAST 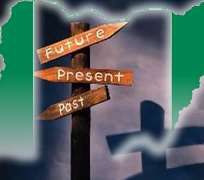 Comparing today with yesterday is a popular yet pointless pastime. For one thing, we rarely remember yesterday accurately. More to the point, yesterday was so, well, yesterday — different context, different players, different period in our lives, different numbers, different stages in science, commerce, and communications. Seeking to restore the 1950s — grafting 1950s values, lifestyles, cultural politics, educational, and religious institutions — onto 2012 is nonsense. It sounds appealing, but it is delusional.

That world didn't disappear because someone stole it and now we need to get it back. It disappeared because the nation doubled in size, white people fled racial integration in city schools, and women entered the workforce en masse. It disappeared because factory jobs proliferated and then vanished, prosperity came and went, schools soared and then soured, the rich demanded far more than their fair share, overseas competitors arose, and medical advances lengthened life spans.

The comparison worth making isn't between today and yesterday. It is between today and what could be. That comparison is truly distressing, which might explain why we don't make it. Take, for example, our presidential politics. With modern communications at their disposal, major parties could be engaging citizens in a vigorous national debate on issues that affect our lives. Instead, the greedy rich are bankrolling attack ads whose purposes are to belittle and dehumanize the opposition and to prevent any serious grappling with reality.

Advances in technology could be nurturing an economy of ideas, innovation, and personal reinvention. Instead, great minds are harnessed to create games and social networking. The most significant innovations are in government spying, bank finagling, and commercial data mining — none of which will end well for citizens. Tools that give knowledge workers the ability to work anywhere could be leading us to repopulate the heartland and breathe new life into Rust Belt cities. Instead, young knowledge workers congregate in already-crowded coastal cities where the bars and restaurants are better.

The aging of baby boomers could be a glorious moment — a fresh cadre of healthy volunteers for churches and not-for-profits, affordable housing entering the market, lower cost of health care, increased stability for families. Instead, boomers are made to feel like locusts about to strip the land. Banks won't work with them to sell houses, the health care industry ramps up prices; employers steal their pensions, and churches offer stale vision and control battles. Cynical politicians stand ready to harvest their discontent.

When I work with congregations, I show them how to do a "gap analysis.'' Look at best practices, look at actual practices, study the gaps between optimal and actual, and work on narrowing the gaps. One key question is always, who benefits from keeping the gap wide? Who would obstruct an action plan for moving forward? The answer usually lies in leadership. Weak, ineffective, self-serving, and risk-averse leaders fight against change as if theirs was a holy cause. They cling to control as if only their interests mattered.

As we compare today and could-be on the larger stage, we see the same leadership deficits: politicians whose deceitful and feckless campaigns promise feckless terms in office; business leaders driven entirely by short-term gains in personal wealth; education dominated by bureaucrats and fundraisers; cities and towns run by the divisive and corrupt; government run by lobbyists-in-training. The way forward doesn't lie in some halcyon yesteryear. It lies in letting go of yesterday and pursuing what could be, even when the self-serving stand in the way.

Hear what the Bible says on this: “Forget the former things; do not dwell on the past, see, l am doing a new thing…” (Isa. 43:18-19, NIV). Again in Philippians 3: 13-14, Apostle Paul puts it thus: “Brothers, l do not consider myself yet to have taken hold of it. But one thing l do: Forgetting what is behind and straining toward what is ahead. I press on toward the goal to win the prize for which God has called me heavenward in Christ Jesus” (NIV). As my Oga, Pastor David Ibiyeomie of Salvation Ministries, would put it, if u don’t let go the past, you will past with the past. Let go of the past, the past is past, you will move forward.