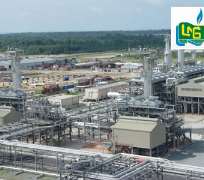 ABUJA, August 01, (THEWILL) – TSKJ 11 Construces International Sociaade UNIPESSOAL, the foreign contractor that built the Nigerian Liquefied Natural Gas (NLNG), was on Wednesday ordered by the Tax Appeal Tribunal sitting in Abuja to pay the sum of N49b to the federal government as tax liabilities for 2008 and 2009 tax years.

TSKJ 11 Construces International Sociaade UNIPESSOAL had approached the Tribunal, filing three consolidated appeals and asking it to endorse its own assessment of tax made by the Federal Inland Revenue Services (FIRS) as contrary to relevant tax laws and deserving of being set aside.

But in a unanimous judgment read by the acting chairman of the tribunal, Mr. Nnamdi Ibegbu (SAN), the suit was dismissed.

“The cost of the appeal is also fixed at N100, 000 in favour of the respondent against the appellant.”

The tribunal, in addition, dismissed appeals TAT/ABJ/APP/006/2006 and TAT//ABJ/APP/2010, filed by the appellant in the consolidated case and order with respect to TAT/ABJ/APP/006.

“An order that the respondent's notices of additional assessments listed in paragraph 1 above are upheld wholly.”

It noted that the company's tax liabilities for 2008 and 2009 tax years, as computed in the self-assessment forms submitted to FIRS in respect to those years being the sums of $550, 556. 74, have not been fully paid. It then ordered the company to pay the tax as assessed by the respondent.