Addiction comes to town with Brymo in 'Down Low' 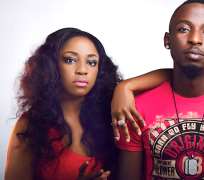 After ruling the Abuja entertainment scene for over a year, the duo of Aaron and Sharon Igho, popularly known as Addiction who are un-identical twins, are now set to conquer Lagos with their smash hit singles 'Down Low' featuring Choc Boi, Brymo, produced by Jesse Jagz and another single 'Who be dat' produced by Abuja-based Techno.

With the video of 'Who be Dat' shot by Clarence Peters and heavy support from many established acts, Addiction is set to be unveiled on Sunday, August 5, 2012 at popular Oriental Hotel in Lekki, Lagos. The unveiling to the industry and press screening is being powered by Soundcity, Bigsam Media and Zakudia Records. Top industry people and fans are expected to be in attendance.