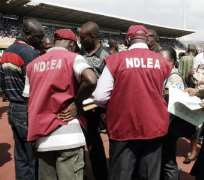 UYO, July 29, (THEWILL) - Akwa Ibom State Command of the National Drug Law Enforcement Agency (NDLEA) has seized over 1,359.2kg (with an estimated financial worth of N10bn) of hard drugs, in its breakthrough effort in the war against drug barons and users.

The feat, according to the agency, was made possible by intensive and extensive surveillance efforts of men of the Command.

In an interaction with journalists at the weekend, commander of NDLEA in the state, Mrs. Josephine Obi revealed that the 10 suspects in possession of the Cannabis Sativa were arrested in July 2012 alone.

“I want Akwa Ibom people to know that NDLEA is on ground and we have been doing a lot of surveillance. We are arresting both the small and big dealers but we have observed that the small dealers are the ones constituting nuisance to the society because they are all over the place,” she said.

“But people out there do not understand this because they believe that they are just selling small quantities just to survive the hardship in the society. So we really need people who know them to assist us to get them.

“Lack of cooperation from members of the public has always been a challenge to law enforcement agencies. Most often, it is because people are afraid of the dealers. But I want to assure them that they will be protected and we are ready to pay for any useful and genuine information that will help us to arrest the dealers.”

Promising that the arrested suspects would be charged to court very soon, Obi also solicited the support and assistance of concerned members of the public in facilitating the provision of rehabilitation centres for victims of drug abuse.