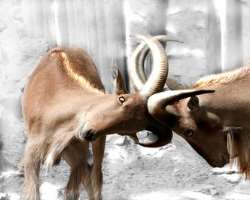 That, said the source, would mark the end of the committee's assignment and by implication, the re-negotiation between the parties.

ASUU had embarked on a strike, exactly two months and two days ago, to press for the signing of the provisional draft agreement, reached by the parties last January. While the Federal Government says it cannot sign an agreement that may be binding on state governments, ASUU says the agreement was not binding on states and that ongoing process must be concluded.

The Federal Government recently pulled out of the re-negotiation with the union, saying further negotiations would continue only if the union called off or suspended its strike as directed by the Industrial Arbitration Panel (IAP). ASUU on the other hand insisted that negotiation would have to be concluded and the agreement signed, before it could call off the strike.

Meanwhile, ASUU has said it is prepared to return to the negotiating table with the Federal Government over the lingering dispute.

The union also threatened to sanction their members involved in the conduct of post-university matriculation examinations in some of the nation's universities, noting that apart from been illegal and a deliberate ploy by vice-chancellors to exploit unsuspecting parents and students, the examination was also aimed at using it to incite the students against their lecturers.

Addressing a press conference in Abakaliki, Ebonyi State, at the weekend, ASUU Vice-President, Dr. Nasir Fagge, said the union was not bothered by the effect the industrial action was having on capital projects in the universities or the threat by the government to abide by the policy of “no-work, no-pay”, adding that the union was ready to shut down the nation's universities for as long as the government remained adamant to its plight.

While accusing the Minister of Education, Dr. Sam Egwu, the Executive Secretaries of the National Universities Commission (NUC) and the Education Trust Fund (ETF) of having deliberately frustrated all efforts made so far by the union and Vice-President Goodluck Jonathan to resolve the impasse, ASUU expressed optimism that if necessary, stakeholders could come to terms with the situation, the strike might as well be called off within one week.

“It is very easy to resolve this impasse. Government should in keeping with Mr. Vice-President's directive, mandate its negotiating team to resume and conclude negotiations with ASUU and sign the agreement. To ensure conclusion of this exercise within one week, the Education Minister should as directed, provide the two teams with a list of areas of contention in the 2009 agreement. For the interest of the nation's education sector and that of our students and their parents, ASUU calls on well-meaning Nigerians to prevail on government to act right,” Fagge stated.

Speaking further on the issue of collective bargaining, which has remained contentious since the dispute started two months ago, Fagge noted that there was nothing wrong if lecturers in the state and federal universities were treated equally, stating that though the nation is a federating unit; such action does not contravene the necessary constitutional provisions.

He said the government imposed and arbitrarily changed the rule of collective bargaining on ASUU by insisting that the negotiation concluded on December 14th, 2008 be reopened and concluded again at the level of individual university governing councils which he maintained that ASUU would not accept.