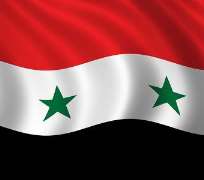 After the systemic extermination of more than 6,000 Jews by the Nazi regime during the Second World War, the international community vowed never to allow humanity go through the indignity of genocide again.

States have often bickered over the technicalities of articles 2(4) and 2(7) of the UN charter, which explicitly prohibits interference in the domestic affairs of other sovereign states. Critics are, therefore, quick to argue that humanitarian interventions are not only illegal but they are nothing more than a new form of colonialism.

But the dilemma has always been: what should be our response to mass atrocities that violate our human sensibilities so much like the Rwandan genocide where 800,000 Tutsi’s were killed in one 100 days of frenzied madness. Should a state’s claim to sovereignty trump a people’s right to life when thousands are daily decimated in places like Darfur? What about when a government turns its tanks and gunships against its own citizens, and slaughters hundreds of children and women in one deadly swoop as was the case in Homs, Syria?

Indeed, as Kofi Annan had brilliantly asked, “if humanitarian intervention is an unacceptable assault on sovereignty, how should we respond to a Rwanda, to a Srebrenica, to gross and systematic violations of human rights that affect every precept of our common humanity?”

In 2001, the ICISS, which had been instituted by the Canadian government, released a report that sought to finally resolve the quibbles between the necessity of humanitarian Intervention and the importance of state sovereignty as it were. The Commission argued that states had the primary responsibility to protect their citizens but in the event that they are unable or unwilling to do so, this responsibility automatically transfers to the international community. The R2P doctrine was expected to be that ‘silver bullet’ that would finally rescue humanity from the scourge of genocide and ethnic cleansing by ensuring that these and other mass atrocities are no longer committed with the UN standing aside and watching helplessly.

But the events in Syria have clearly shown that for all the sanguine assertions by many R2P optimists that the doctrine may have finally come to stay especially on the heels of the Libyan intervention, we may all have counted our blessings too soon, too early. R2P, it is my belief, hasn’t changed anything in terms of how the key powers (P5) respond to humanitarian crises and rather unfortunately; the buzz around the doctrine itself deflects attention from the cogent issues that should be addressed, if we are to ensure that our chants of ‘never again’ will not continue to be cries of ‘yet again’

R2P and the Challenge of Big Powers’ Politics

When it comes to decisions of when and where to intervene, the big 5 call the shots, they decide whose lives is worth saving and who isn’t worth the stress. Rwandans weren’t worth the troubles but Kosovans were; Libyans may have been lucky but it seems Syrians won’t be.

Indeed, this is the clearest contrasting manner one can display the record of the Security Council. It is a chequered history punctuated by interventions and non-interventions that mostly reflect the politics within the council. It is this history that I argue pro-interventionists haven’t focussed on whenever they hope that R2P or other similar catchphrases can really force the hands of the UN into action when crimes against humanity are being committed.

The inability of the Security Council to take any decisive action about the Syrian crisis pointedly reflects this. Although more than 17,000 Syrians have died and the Assad regime has continued to display acts of brutality that, upon reflection, make Qaddafi’s atrocities a bit too little to warrant the intervention that ousted him, Russia and China have twice used their veto power to block UN resolutions condemning the Syrian regime.

For many observers, the Syrian crisis once again typifies everything that is wrong with the Security Council and especially the use of the veto power. Declarative phrases like ‘never again’ or fanciful statements like ‘a responsibility to protect’ have always meant nothing when the interest of any of the P5 is threatened.

Syria holds a strategic position in Russia’s calculations of its global importance; it is its largest arms importer in the Middle East. Syria also houses Russia’s only surviving naval base in the Middle East (Tartus); and along with Iran, Syria remains one of the few allies of Moscow in a region that has almost been lost entirely to the US.

It is, therefore, strategically important that the Kremlin regime resists any attempt to effect either a regime change championed by the Free Syrian Army or the International community. To this end, Russia has continued to overtly display its support for the Assad regime, supplying helicopter gunships and sophisticated weapons that the Assad government has turned on its citizens.

Unfortunately, it is clear that the UN is handicapped and cannot effectively react to the atrocities being committed by the Syrian Government and hold it to its ‘responsibility to protect’. Once again, we are forced witnesses to mass killings of innocent children and women presided over by a crippled Security Council held by the jugulars by some of its very own. We have been told once again that the lives of some aren’t worth saving, that politics trumps humanity.

R2P was a false promise; the enthusiasm that greeted its ratification was a misplaced hope. R2P offered the hope of a consistent response to humanitarian crises, where the likes of Rwanda, Darfur, Srebrenica and Syria would not happen without the world doing something. But as it now stands, the international community may just be prepared to see many more Syrias and few Libyas or be prepared to unwittingly endorse interventions without the Council’s approval as was the case in Kosovo. But it would be much preferable if we began to consider the need for a substantive reform of the UN itself.