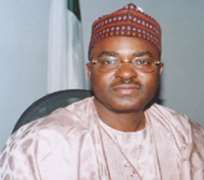 BAUCHI, July 16, (THEWILL) – It was with the same controversy that greeted their appointment that governor of Bauchi State, Isa Yuguda on Monday sacked more than 4,00 political appointees of his, retaining just a handful who are on essential services.

“There have been complaints by stakeholders that the political appointments were lopsided and did not reflect the structure of the ruling party in the state, according to Local Government areas and ward levels,” the state government said in a release signed by Dandija.

However, the statement assured that “'fresh political appointments would be made shortly when the review is concluded.”

Excluded from the dismissal are officials on essential services, such as directors-generals on Projects, Debt Management Office, Information and Communication Technology, Tsangaya (Islamic Schools) State Protocol, Orphans and Vulnerable Children and Recruitment.

Also excluded are appointees on National Health Insurance Scheme, political aides to the governor and his deputy — a post that is still the subject of controversy between impeached-but-reinstated Alhaji Mohammed Garba Gadi and former State Assembly speaker, Alhaji Babayo Garba Gamawa.