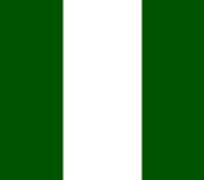 Former head of state, Maj. Gen. Muhammadu Buhari, has attributed the current parlous state of Nigeria's economy to acts of indiscipline among the players in both public and private sectors.

Buhari spoke in Lagos yesterday at the book presentation and occasion to mark the 70th birthday of former Minister of Information during Gen. Ibrahim Babangida's regime, Prince Tony Momoh.

He said at the event, which took place at the National Arts Theatre, Iganmu that the current problem uncovered in the banking sector by the Central Bank of Nigeria (CBN) was avoidable if not for corruption and indiscipline that had eaten deep into the nation's life.

Also, former head of state, Gen. Yakubu Gowon, who presided at the occasion, declared that unless Nigerians do away with mutual suspicions among the ethnic groups, it would be difficult to build a united country.

Buhari, who was the guest of honour at the occasion, said the trouble in the banking sector could have been avoided if the bank executives had acted according to the laid down rules and regulations guiding banking operation in the country.

He said: “Whichever way you look at it, the funds in dispute belong to the public whether individual or government funds. The bank executives should have followed the law in their transactions, but our greatest problem in this country is indiscipline both in our public and private life.

“People, both lower and high calibres break the law with impunity. These things ought not to have been allowed to happen, it is unfortunate.”

Earlier, Gowon in his opening remark harped on the need for Nigerians to be united in order to build a great nation, saying greatness could only be derived from the people.

“We need to work hard to build a united Nigeria, a truly great nation; we need to erase mutual suspicion among the ethnic groups,” he said.

The President of the Newspaper Proprietors Association of Nigeria (NPAN) and Chairman of Punch Newspapers, Chief Ajibola Ogunshola, who is also the chief host in his speech, lamented that corruption which had eaten deep into the public sector had also spread to the private sector. As a way to urgently stop corruption, he urged all well-meaning Nigerians to appeal to the National Assembly to pass the Freedom of Information (FOI) Bill.

According to Ogunshola, it is wrong for the lawmakers to believe that the FOI Bill is a media affair alone, saying that the bill if passed would go a long way to eradicate corrupt practices.

He said in order to assure the people of the good intention of media practitioners, NPAN had established an Ombudsman to investigate and resolve complaints from members of the public and organisations against any wrongdoing by the media.

“NPAN is a responsible organisation. We have established an Ombudsman for redress and the findings will be published in the media. People should take the advantage of the Ombudsman to seek redress instead of long court process,” he said.