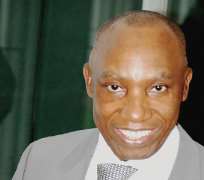 ABUJA, June 12, (THEWILL) - The management of the Nigerian National Petroleum Corporation (NNPC) has called on members of the public to beware of impersonators of its group managing director (GMD), Engineer Austen Oniwon, who have been using various internet and social media platforms to dupe unsuspecting victims.

In a statement issued on Tuesday, Mr. Fidel Pepple, spokesman of the group general manager of the Corporation’s Public Affairs department, stated that “the activities of these criminally minded persons entail the issuance of fake letters on the internet with the aim of defrauding innocent members of the public, including investors within and outside Nigeria.”

He stressed that the criminals are taking advantage of the growing popularity and utilisation of the internet, especially the social media platforms, to perpetrate their fraudulent activities.

“The damage done by the activities of these fraudsters on the hard-earned reputation of the GMD is incalculable,” Pepple said. “The GMD does not have any account in any of the social media networks (Twitter, Facebook, Linkedln etc).

The statement urged the public to disregard any request allegedly coming from him, assuring that the criminal acts would soon be curbed as the Corporation had sought the intervention of the State Security Service (SSS).