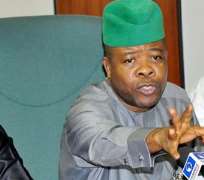 PORT HARCOURT, May 29, (THEWILL) - The Federal House of Representative’s Committee on Constitution Review has ended its four-day retreat in Port Harcourt, with a promise to steer an inclusive, open and participatory exercise that would allow for the full involvement of all Nigerians, including civil society organisations.

The retreat was organised to provide an opportunity for the committee to listen to expert presentations on the exercise, and to examine various issues in the constitution identified as requiring amendment.

They also noted that several well-meaning individuals, groups, associations and state institutions had shown keen interest in the current constitution amendment process by submitting memoranda to the House of Representatives Ad Hoc Committee on Constitution Review.

At the end of the retreat, participants unanimously agreed that “proposals for constitution amendment received from Nigerians need to be carefully evaluated during the constitution amendment process to sift practical proposals from the unattainable ones,” and that “present and future efforts to alter the Nigerian Constitution should take full cognisance of the gender implications of proposed amendments, and that the interests of women need to be particularly considered.”

Other recommendations agreed at the retreat are:
“That House of Representatives needs to collaborate closely with the Senate, the Nigerian Governors Forum, Conference of Speakers of Nigerian Legislatures, and other relevant stakeholders to ensure timely and successful alteration of the Constitution;

“That the process of alteration of the Constitution shall be inclusive, open and participatory, allowing for the full involvement of Nigerians including civil society organisations;

“That the socio-political objectives under the 1999 Constitution require accountability of political leadership to the citizens, thereby necessitating the guarantee of economic and social rights under Chapter II to the citizens either by amendment of Chapter II or by a Bill of Rights;

“That there is the need to further examine the constitutional provisions on immunity, as contained in Section 308 of the Constitution;

It was equally agreed that the principle of federalism adopted by the 1999 Constitution calls for a restructuring of the federal structure to provide for full devolution of powers between the different tiers of government; and that the system of local government administration instituted by the 1999 Constitution should be reformed to guarantee the autonomy, efficiency and viability of the local government system.