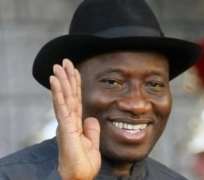 He was deployed shortly after his swearing in at the Council Chamber of the State House, Abuja, before the commencement of the weekly Federal Executive Council meeting.

Abdulkadir replaces former Sports Minister Yusuf Sulaiman from Sokoto State, who resigned his appointment from the cabinet to contest the gubernatorial elections in the state earlier in February.

With the appointment of Abdulkadir, former Minister of Youth Development, Bolaji Abdulahi, who has also been overseeing sports, now retains the Sports Ministry as the substantive minister.

Jonathan also yesterday swore in Deaconess Joanna Ayo Oluwatose from Oyo State as Chairman of the Federal Civil Service Commission along with five other members.

The ceremony was also attended by Sokoto State Governor Aliyu Wamakko and families of the appointees.

Speaking after the oath taking, Jonathan urged the new chairman and members to collaborate with the Head of the Civil Service of the Federation to regain the glory  of the  service.

He decried the poor attitude of civil servants to work as well as their disloyalty to politicians .

'There are stories where some civil servants in the parastatals made silly comments as 'Soldier go, Soldier come, barrack remain' which is a reference to the saying that ministers and permanent secretaries will go and come, but civil servants will remain.