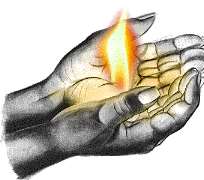 Following a recent report on the lucrative presidential prayer project which had made a lot of servants of God to be elevated to super rich financial status in the name of prayer, some groups of ministers under the Pentecostal fold held a discreet meeting in the church of one of the senior pastors in Abuja and vowed to expose their members who use the name of God to scam the government of Goodluck Jonathan. Indeed revelations from individual accounts at the meetings showed that probably the nation might have lost up tens of billions of naira to these prayer scammers. Some of them at the meeting confessed that they mobilized their congregation to pray for the success of Jonathan during the election but they never demanded and never received any form of payment for the prayers as they saw it as a divine duty.

Indeed this is a trying moment for the nation because the people who are supposed to spiritually guide the president of the Federal Republic in affairs of delivering the dividends of democracy to the Nigerian people according to the Biblical principles of transparency and accountability are the ones leading the president astray.

This presidential prayer scam actually started during the regime of Sanni Abacha. All manners of marabous were brought in from Kano and Borno to help secure Abacha against Abiola and the anti military coalition. Later their terms of reference included using spiritual powers to discover those about to overthrow the government of Abacha and promptly eliminate them. The spiritualists invited by Abacha told him that the presidential star is hovering around three families, one from Minna, and another from Ota and the last from Katsina. Later these men identified Olusegun Obasanjo, Shehu Yaradua and Lawan Gwadabe as likely beneficiaries of the presidential rulership from the three communities. Abacha, bent on being a live president for Nigeria got these men arrested on trumped up coup charges along with others military personnel. When the heat of the anti military resistance refused to abate, another set of marabous were imported from Mali and Senegal and these men indeed confirmed that something like a presidential throne is still hanging around Obasanjo, Yaradua and a third person from Minna axis.

This confirmation led to the decision to murder Yaradua and Obasanjo . While Shehu Yaradua was finished in Abakaliki prison, a fact which the culprits later exposed each other, Obasanjo escaped by what was a divine mercy. Abacha suspected that his friend Babangida is that third person from Minna and was actually planning how to rope him into a coup mess before death took hold of him. All senior military officers from Niger State were kept under surveillance. The plan to retire Abdulsalami Abubakar on the day Abacha died was in line with the advice of the spiritualists.

When Obasanjo became president, he invested much in prayers, When Pastor Bakare prophesied that the military will not hand over to Obasanjo, he organised constant night vigils at Ota Farm and visited some popular pastors within the Lagos-Ogun axis to help him avert the evil omen. When he finally got sworn in without any bloodshed, he decided to immediately revive the State House Chaplaincy and held morning prayers in his residence throughout the eight year he spent in Aso Rock. President Obasanjo started well but when he noticed tendencies of scam among the pastors meant to direct him, he got so disappointed that he revived his old friend spiritual grandmaster from India and gave him a permanent abode in his Ota farm, He equally started patronizing all sorts of African power to survive his presidency.

The pastors around Obasanjo were busy pursuing contracts in the most indiscreet manner, while others were busy helping to influence their cronies with board appointments that Obasanjo was merely tolerating their presence. It came to a point were those desirous of seeing Obasanjo paid millions to be allowed to participate in the early morning prayers and usually after the prayers Obasanjo attends to some persons and grants some favours. Obasanjo knew all these tactics and pretended not to know. The only persons Obasanjo held in awe then were the ministers from the Roman Catholic, Anglican and Methodist denominations because they are most likely not ask for favour of concessions.

During the Yaradua era it was the same prayer business; they came from Katsina in hundreds and were paid handsomely to secure Yaradua. When the health of Yaradua was heavily challenged, those from Katsina were sacked for inefficiency and others imported from Senegal and Mali. Billions of naira were spent on all manners of sacrifice to keep Yaradua alive until he finally left for Saudi Arabia from where he came back half alive. When it was obvious that the prayers of these marabous failed, some notable Christian and Muslim leaders were drafted at the last moment to salvage the situation.

The situation has been taken to another proportion in this Goodluck Jonathan administration. Funds running into tens of billions of naira have been released to CAN, PFN and numerous splinter groups claiming to be praying for President Goodluck Jonathan. When a young prophet can tell his congregation, friends and other ministers that he received five hundred million naira from the president as breakthrough offering for success in the presidential polls another says he was given hundreds of millions of naira to organise prayers all of which entered into private pocket, then the nation is in trouble.

The same Congregationalists who voted for Jonathan were the same people attending various night vigils, anointing service, breakthrough service and numerous fasting and prayers for God to give them their daily bread. The worst form of corruption in which a subsidy bill which was N388 billion in 2009 during the era of Yaradua have skyrocketed to N2.7 trillion in 2011 and these servants of God cannot see that the prosperity meant for their numerous congregation has been seized by a few set of Nigerians probably not numbering above five thousand.

It is discernible to spiritual watchers that President Jonathan intends to effect change in Nigeria. He however lacks the will power to implement the change. His boldness has been seized by spiritual forces and no sooner does he kick-start a reform process than he abandons it even before it gathers momentum. If after spending billions tax payers money on prayer warriors, the God of those prayer warriors cannot impress it on Jonathan to extinguish Boko Haram, prosecute subsidy thieves, revoke illegal oil block allocations and checkmate electoral fraud then it means that there is something wrong with the prayers or the prayer warriors.