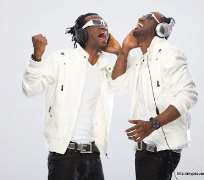 There is anxiety over the state of health of the mother of Nigeria's sensational duo,P-Square.

The woman who has been critically ill for some months according to sources was hospitalized at St. Nicholas Hospital,Lagos.

But her worsening state of health has sunken the spirit of the children Jude,Tony,Peter and Paul who were sighted at the highbrow hospital weeping.

As at last week there were speculations that she may be flown out to London or India for intensive medical attention.

The nature of her illness has not been disclosed.

P-Square dotes their mum who supported their dreams to go into music unlike their father who expressed his reservations for their foray into music.

P-Square is a pop duo of twins brothers,Peter and Paul and unarguably one of the most successful music brands out of Africa.

They hail from Anambra State.