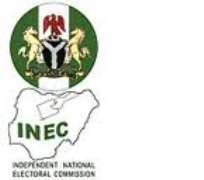 Prologue: Francois Hollande, a moderate Socialist was elected president of France on Sunday narrowly defeating the incumbent, Nicolas Sarkozy, a conservative in a TWO MAN run-off vote put at about 52 to 48 percent. Case closed. No fraud claims, no litigations. I had prepared the original of this commentary few days after the 2011 presidential election, but did not publish. At that time, I was in Jos, Plateau State for the mandatory one year National Youth Service. Providentially, the issue raised is still relevant thirteen months after. Enjoy the revised version.

Democracy is the free and equal right of every person to participate in a system of government, practiced by electing representatives of the people by the majority of the people. But the sixteenth president of the United States, Abraham Lincoln, felt the above definition was an overdose of English language. He consequently put it simpler by defining it as “the government of the people, by the people and for the people”. His view which is generally accepted has since been regarded as the most accurate and comprehensive.

Our democracy was restored over a decade ago, after many years of torturous autocratic rule. We heaved sigh of relief having witnessed disgusting tyranny at its crest. We stood united knowing full well that the chance to get out of the hitherto doldrums was here. While hundreds of defenseless citizens especially journalists and human rights crusaders were assaulted and thrown into the gulag, others became martyrs of liberty as they paid the supreme price.

Irrefutably, one of the key hallmarks in the tenets of democracy is the choice of expression and association. In fact this is considered as the single biggest gain of a democratic regime. However, the multiparty system currently practiced in the country appears to favor only a handful to the detriment of a strong and competitive polity.

In the 1999 general elections, three parties namely Alliance for Democracy (AD), All Peoples' Party (APP as then known) and Peoples' Democratic Party (PDP) contested. After a keen battle of wits and vigor, the PDP presidential candidate General Olusegun Obasanjo was declared winner and return elected consequent upon the defeat of Chief Olu Falae candidate of a joint AD/APP ticket. Even as a youngster who was yet a legitimate voter, the furore that surrounded the electioneering was noticeable. The candidates were conspicuous and the general public was abreast of anything and everything about the polls.

Prior to the advent and eventual registration of new political parties, not a few analysts perceived the idea inessential. Expectedly, the proponents not only kicked but threatened fire and brimstone. Their braggadocio got inordinate by the day. They went further, dubbing critics “bad belles” and enemies of progress. It is against this backdrop that one is tempted to ask: Where are the political parties?

During the course of build up to the 2011 elections, most of the parties were as good as not being in the race. Of the registered fifty-two parties, less than half fielded candidates for all the elective posts. And of the sixteen parties that presented candidates for the number one seat in the land, less than six were serious contenders. Save for the incumbent Goodluck Jonathan and a few others that were visible, the rest were egoistic bystanders who were either too vague or equivocal. In spite of that, they refused to establish a coalition either by merger or alliance.

In the light of the foregoing, it is apt to say that a wise alternative to the charade of the opposition at the last general polls is for us to return to a two (or not more than three) party system. A situation whereby parties are unable garner one percent of votes casted is repugnant. How will the leadership of a party explain the inability of its candidate to secure a quadrant of ballots albeit he is from that area! The ambition of such aspirant was prima facie, a failed adventure right from inception. For instance, there is a party where the father is the national chairman and his son, the national secretary. What can a party like that offer other than intermittently organize tea revelries?

The PDP has been the ruling party at the federal level since 1999 for we have pampered it. In 2011 total votes, it proved its dominance by getting 58.89 per cent, while the Congress for Progressive Change got 31.98 per cent, Action Congress of Nigeria got 5.41 per cent, All Nigerian People's Party got 2.40 per cent, and the remaining parties that participated got less than one per cent each. From the analysis, what we had was a minor contest. I cited the French election because it was not a one-horse race like we had here. It drew massive attention; it was very intense and unpredictable.

Now that the elections are over, the kindergarten 'parties' are asleep. Their alarm is set to quarter to next election year, while supposed members are back to normal business. To ensure sanity, the Independent National Electoral Commission (INEC) should in the same way it did some months ago, descend its hammer on more indolent political parties. I hope the jokers will in earnest throw in the towel. They should seek de-registration before they are humiliated. Failure is the key to success; each mistake teaches us something. The season of failure is the best time for sowing the seeds of success. Futile political parties should either take a bow or be forcedly shown out! Nigeria as a politically active country is too big for clowns who tirelessly wander the polity despite woeful outings in elections.