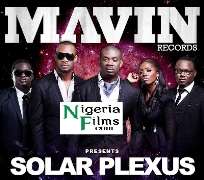 Former Mohits co-owner with D'Banj, Don Jazzy has made public his new record label, Mavin Record after his publicised split with D'Banj.

The 30 years old top producer announced this through a micro-blogging site, Twitter.

He also told his fans that Mavin Records drops an album tomorrow titled Solar Plexus. It would be free for download for fans that join his MavinLeague.

"You would be able to download the album for FREE as long as you ve joined the MavinLeague. The album was done in 3 weeks. We thank God. No time to sleep.
"

Meanwhile, the label has had its first female signing. Tiwa Savage, who Don Jazzy did a song with in 2011, became the first female act of the label. She also becomes the first act not in the Mohits Record artistes that went with Don Jazzy.

Other acts in Mavin Record include; Dr Sid, Wande Coal and DaPrince.

You will recall that Don Jazzy and D'Banj ended their nine years relationship as Mohits Record co-owners this year.